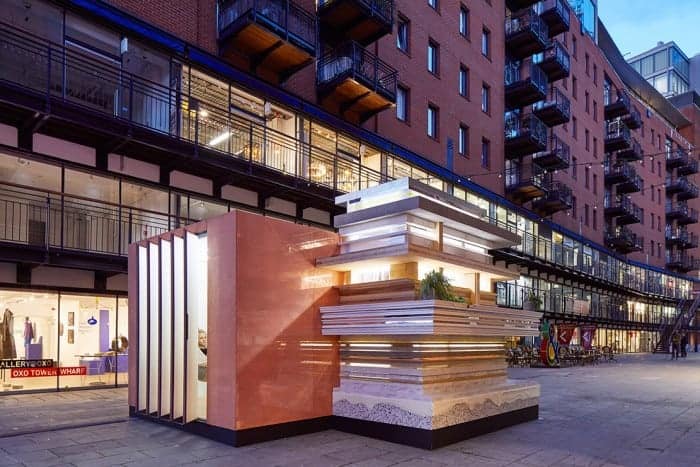 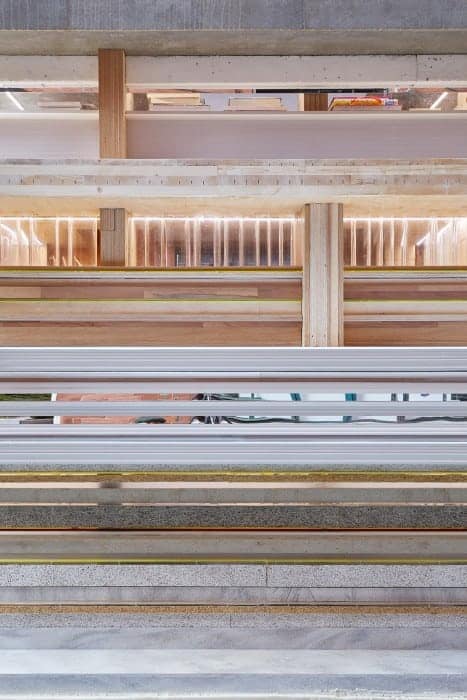 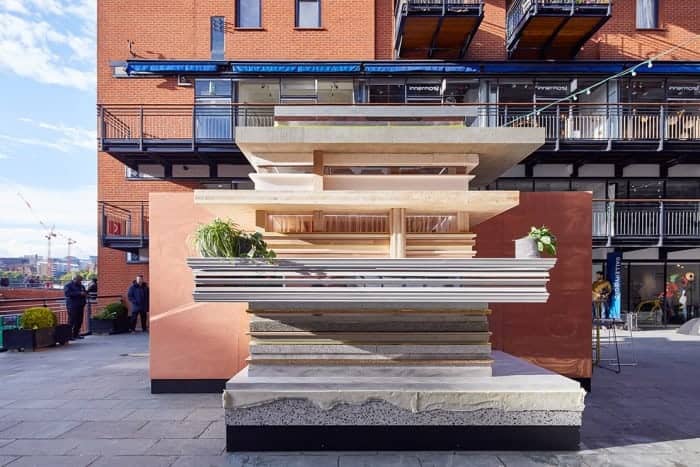 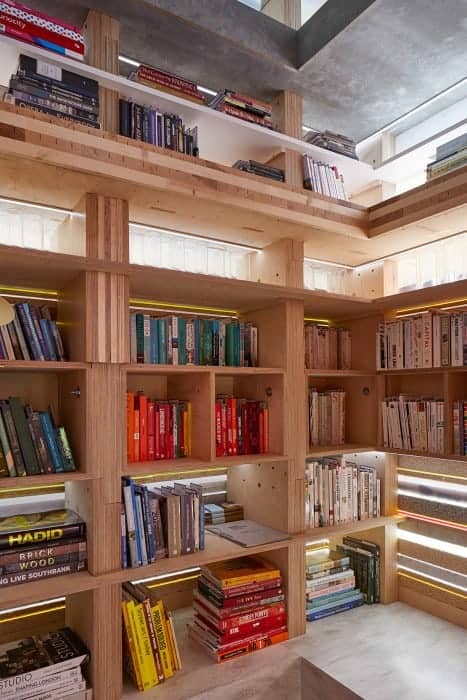 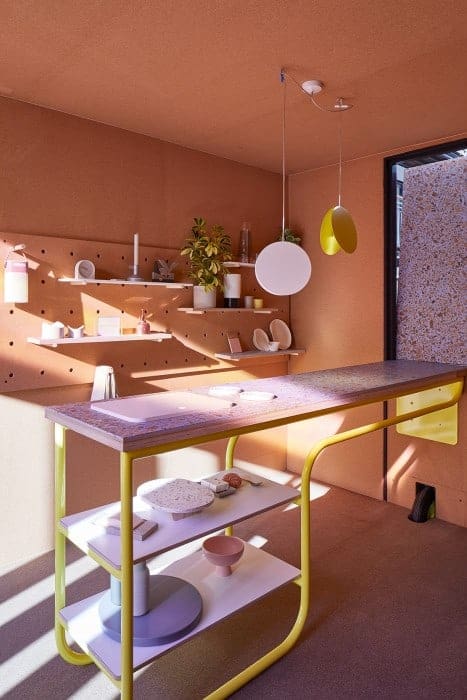 London is a city of books before it is a city of architecture. Alongside outcrops of that thing we call architecture other forms of cultural expression have been the site of our real cultural imagination. Perhaps most of all it is through writing and reading that we have created the space to explore our inner psyche and express our collectivity.

That’s why, for this iteration of the Mini Living project, we created a library as a significantly ‘London’ addition: An extension to a living space that contains a certain spirit of the city. At once recalling the grand libraries as well as the piles of books by our bedsides.

Within the shelves of the Stack are books that describe ways of living in London. Both real and imagined, documentary and fictional. In these pages we find multiple descriptions of how one might live a London life. From the post-revolutionary fiction of William Morris’ News From Nowhere, the forensic detection of Sherlock Holmes through the oppressive gloom of Hangover Square, the angular modernity of JG Ballard all frame views of the city. They record and speculate on ways we might live. Within them we can read our way through different visions of London.

The line between fictional and the propositional, between ways of describing the city and ways of making the city are far closer than we often think. Dickens’ descriptions of the Victorian slums were part of the movement for urban reform. This library suggests that fiction is part of how we imagine and create the city. Where ideas of living emerge and shape our material world. Where the fact of architecture and the city emerges from the fictions we write.

A library is a place where knowledge is shared, where ideas and experiences are lent, borrowed and exchanged. This library shares stories about London in order to stimulate discussion about ways we might living, to present varied ideas about the city, and to suggest alternatives that we might build.

This library can be read as a kind of archaeology, as layers the starts with heavier, more geological materials, that gradually become lighter and more processed. Like a core through the ground of the city itself layer by layer the stack narrates its own construction, just as the books that it contains tell stories of their own.