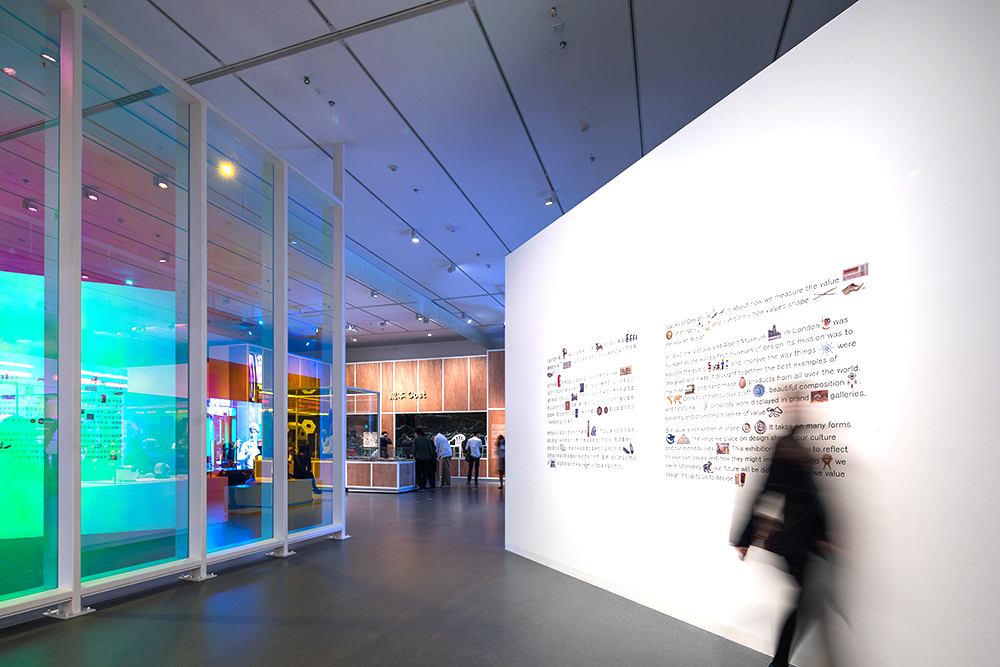 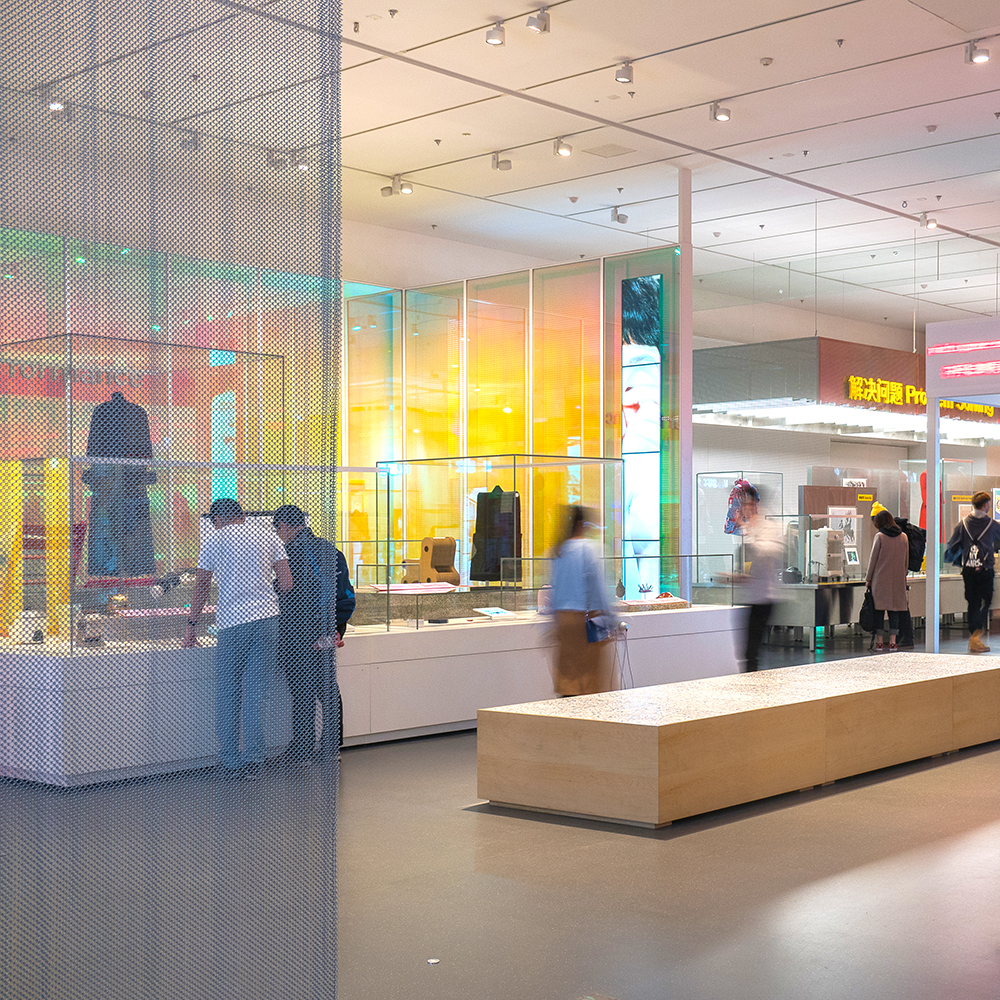 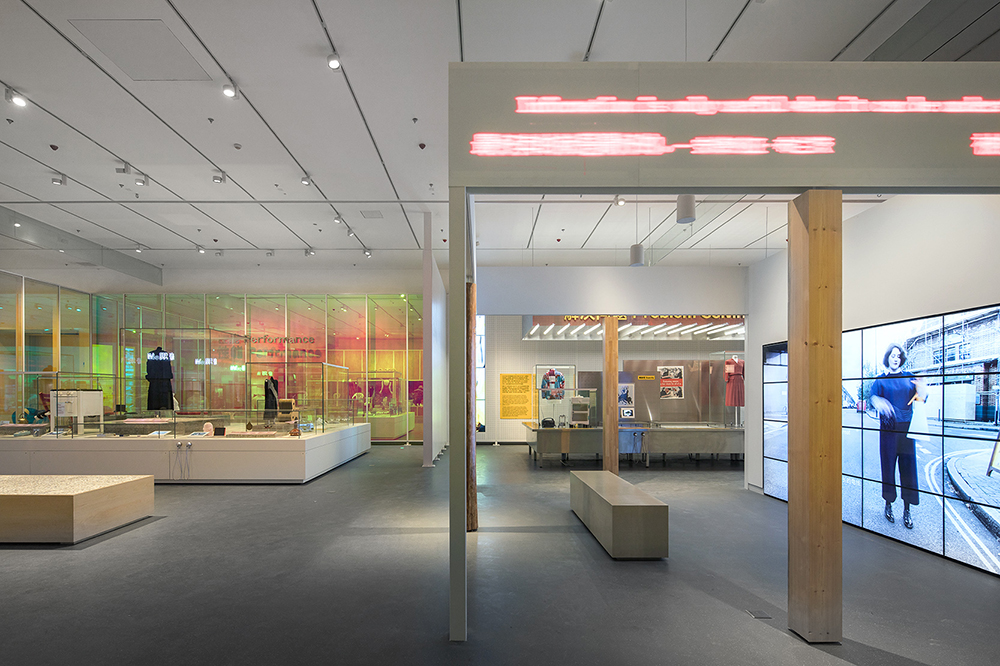 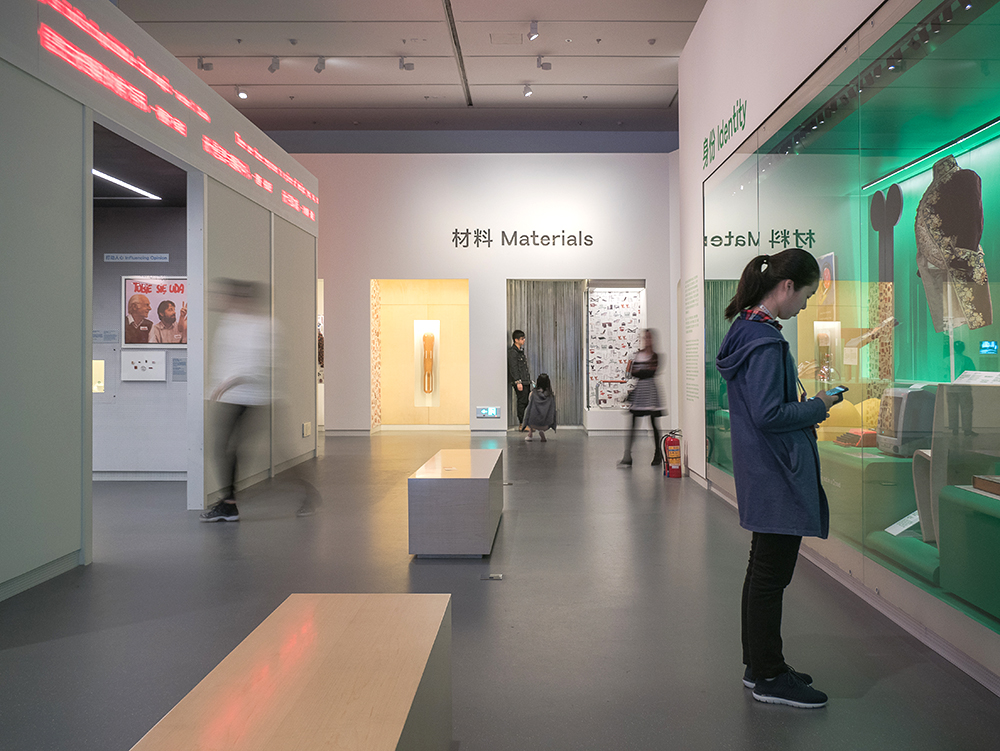 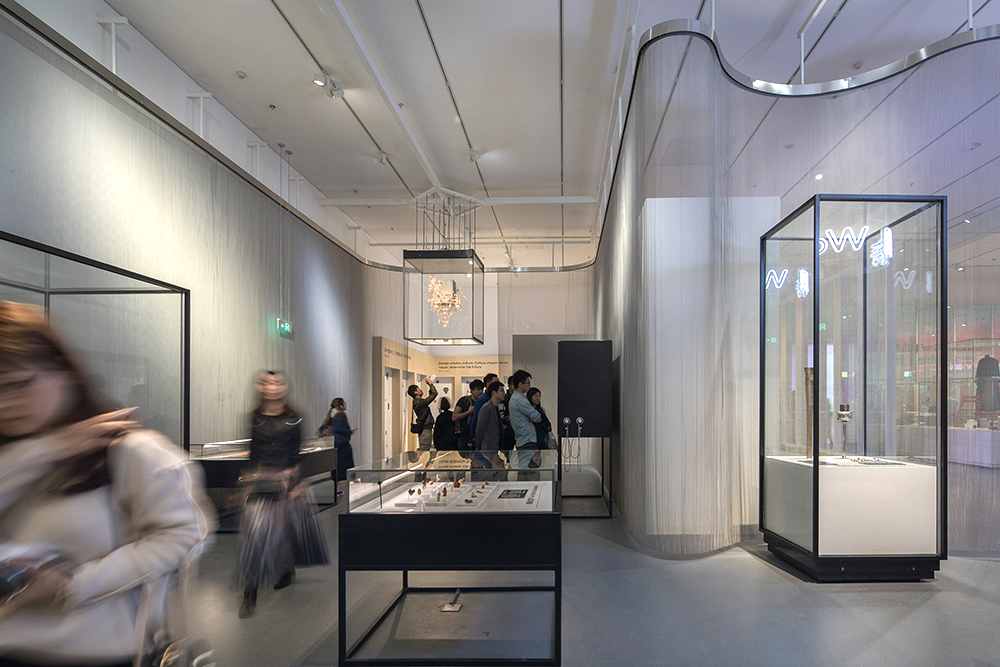 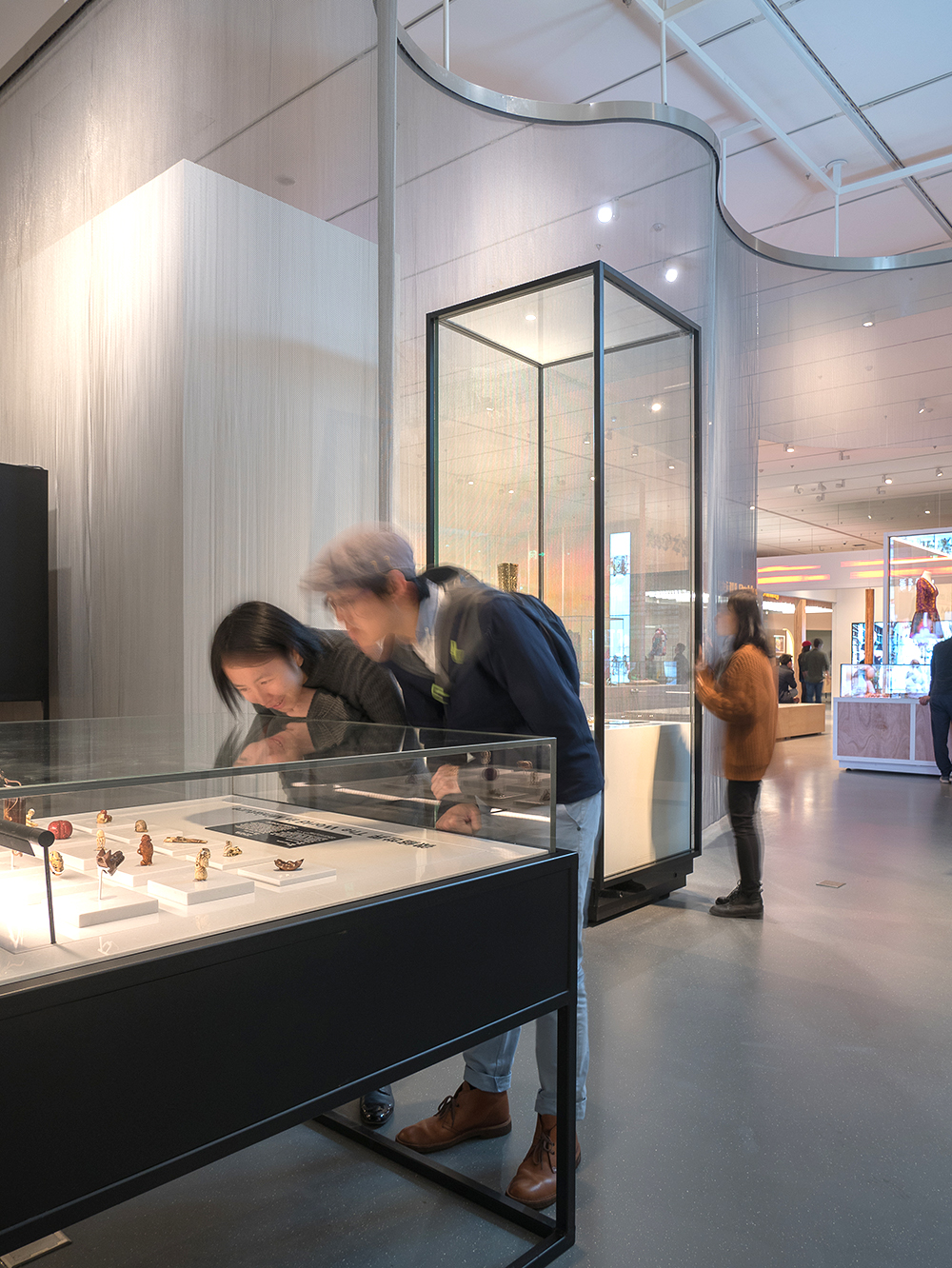 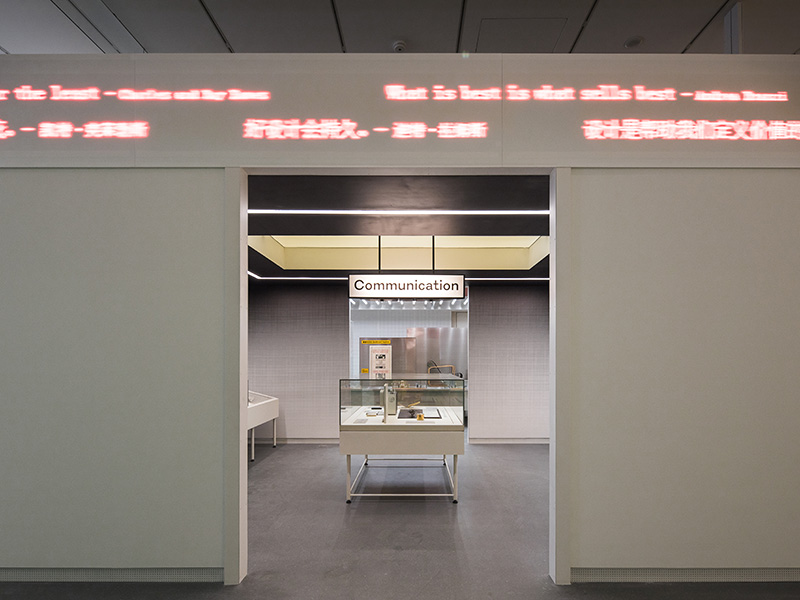 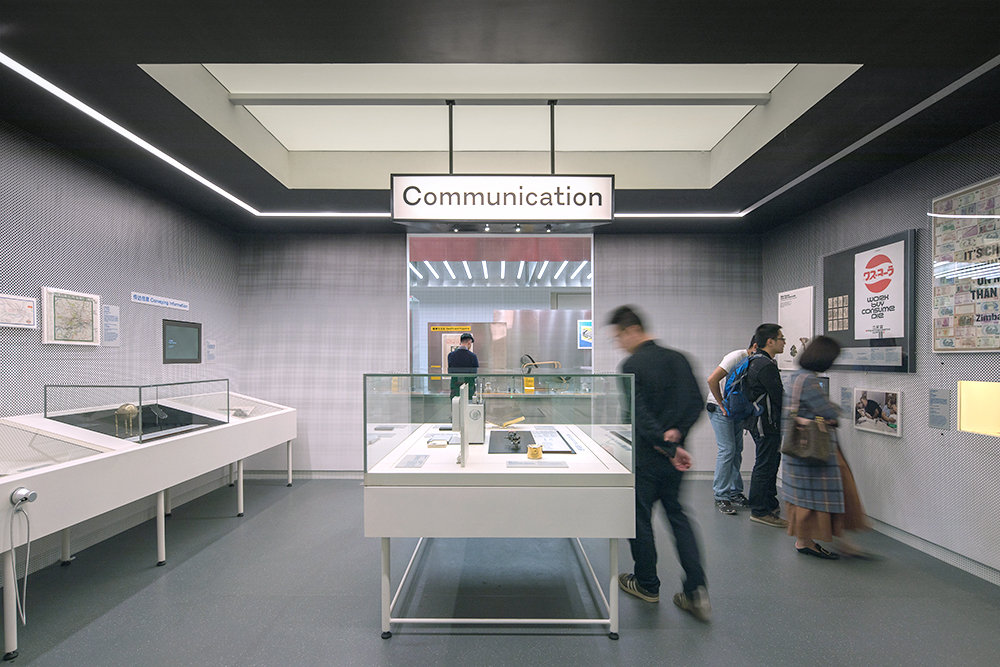 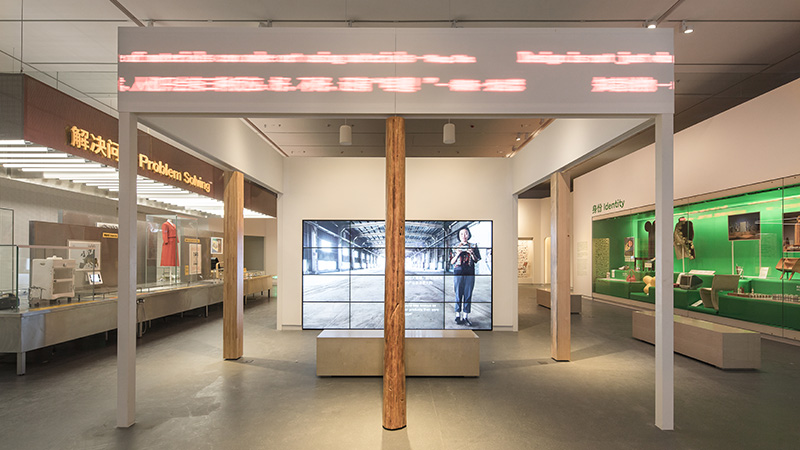 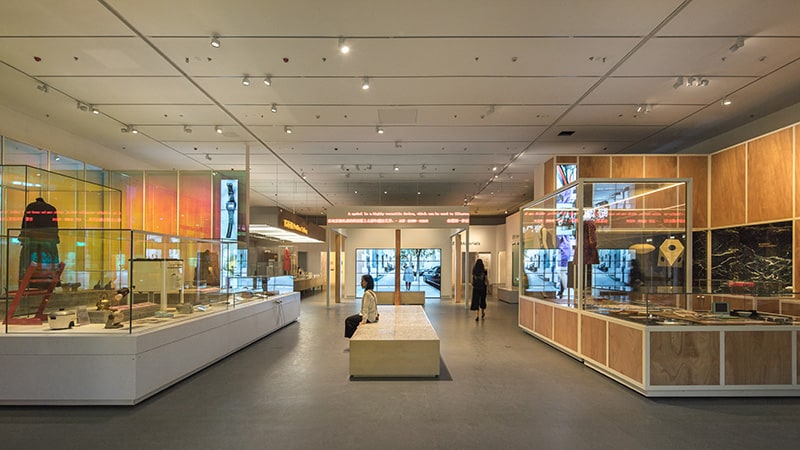 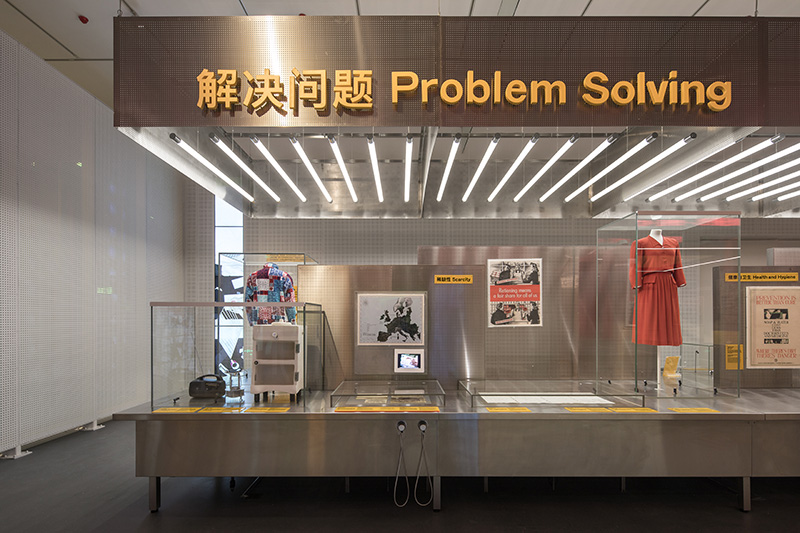 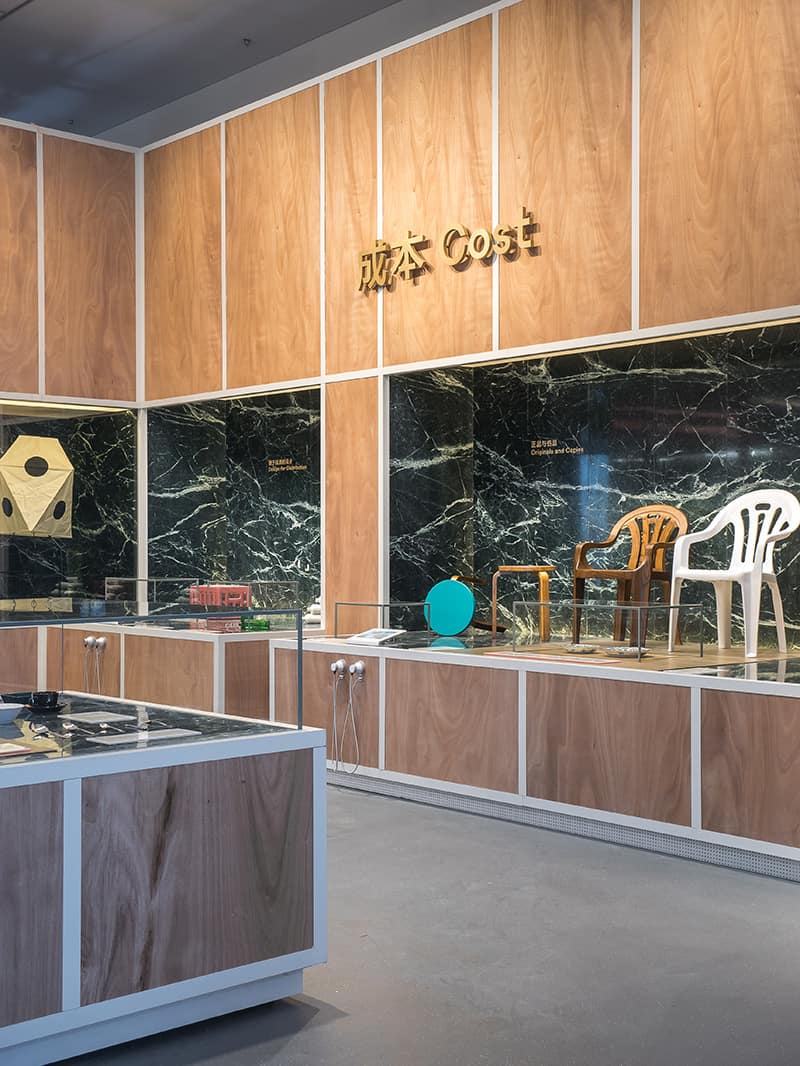 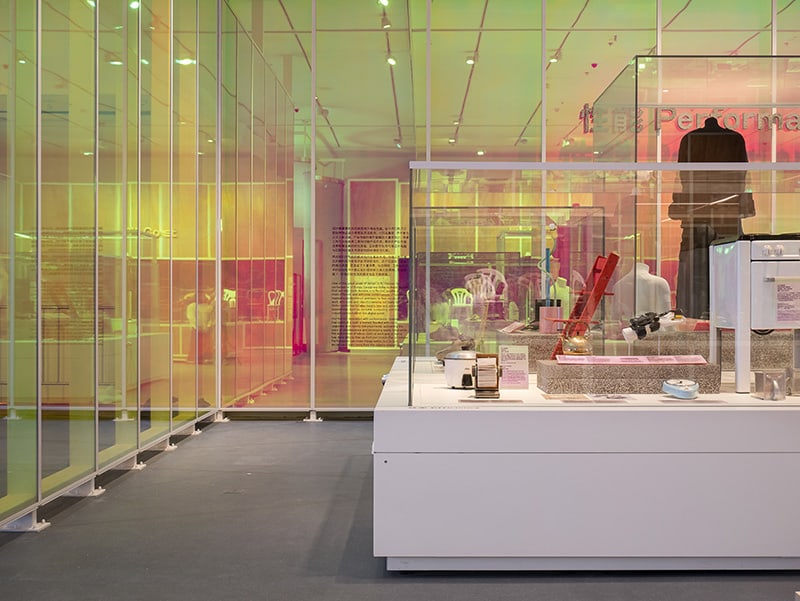 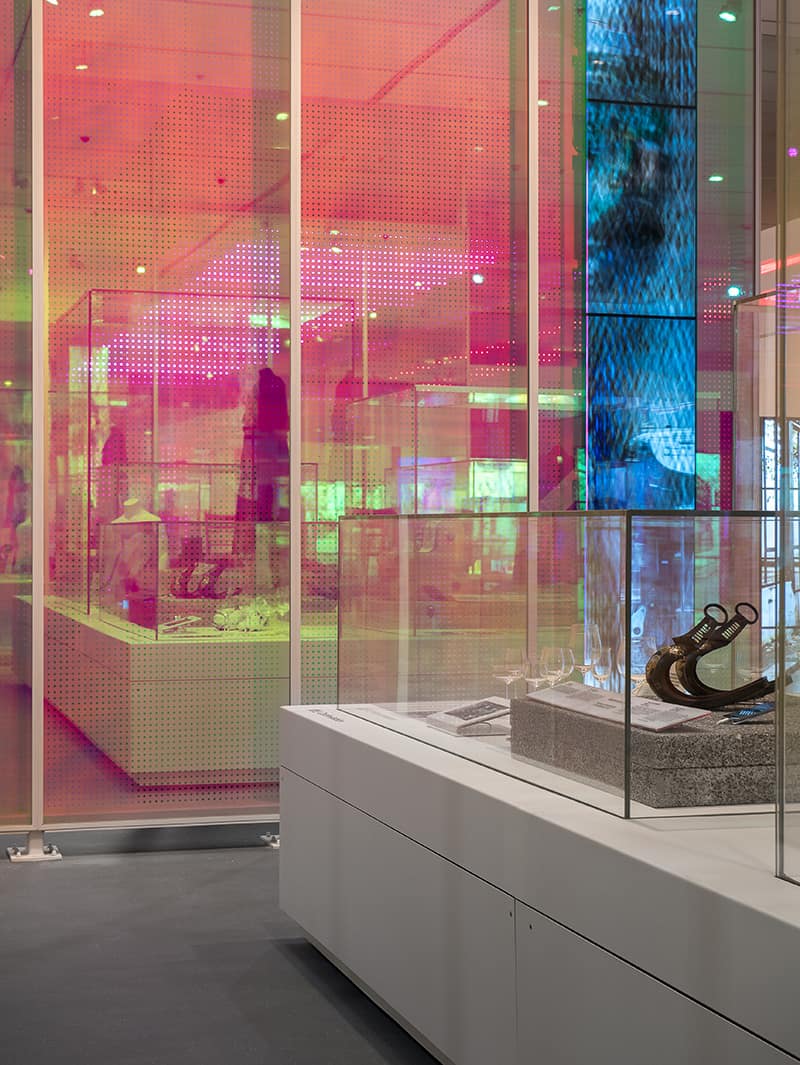 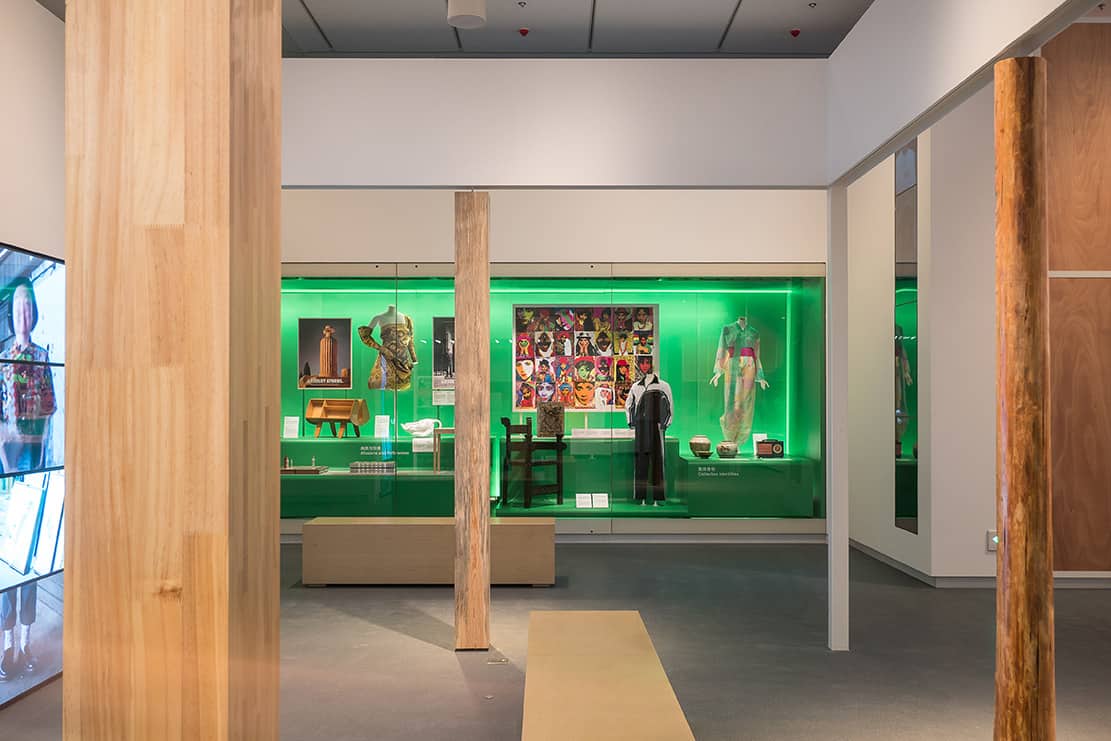 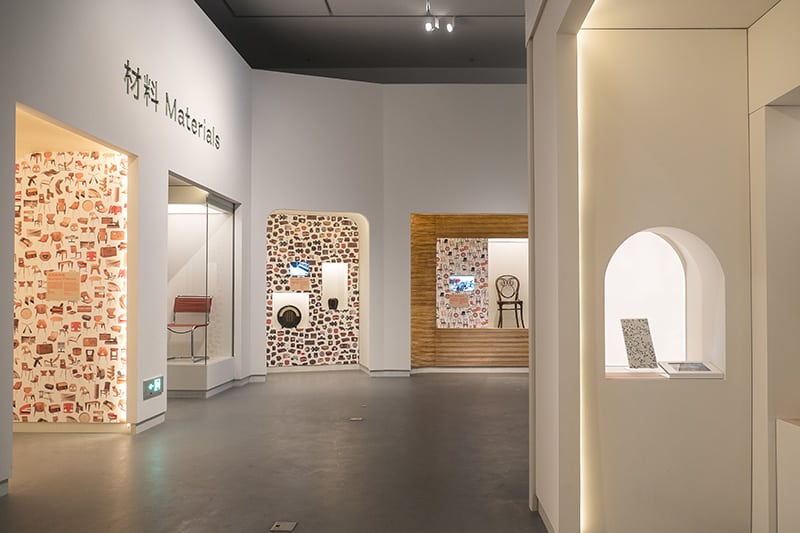 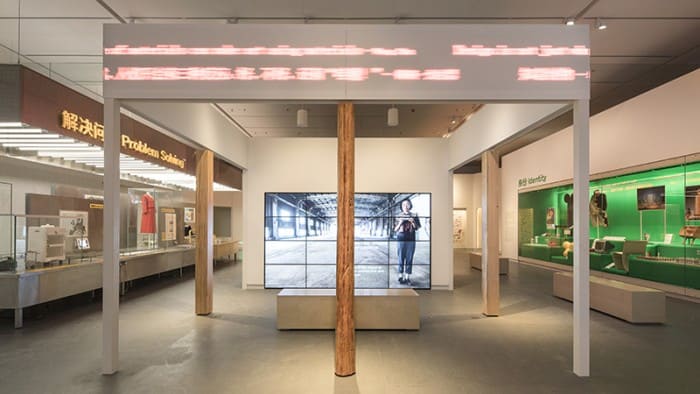 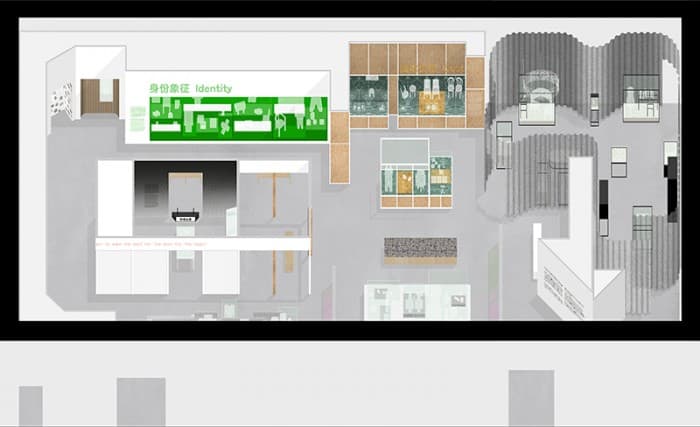 ‘Values of Design’ is the title exhibition of the new V&A Gallery in Shenzhen, China, and part of a major new cultural hub called Design Society. The 770 square metre space is conceived as a forum for visitors to experience ideas around how values drive the design process, and how design creates value.

Designed by Sam Jacob Studio in close collaboration with curator Brendan Cormier it features over 250 objects from the V&A’s permanent collection along with new acquisitions from the Pearl River Delta.

The show is about things, and the ideas behind things – where art history is framed as a useful way of thinking about design in the 21st century, in a city where design and manufacturing are going through rapid change.

The gallery is organised as a series of bays arranged around a central nave anchored by two large multiscreen installations. A pavilion sits within the space like a miniature building creating distinctions of scale, interior and exterior. Part cathedral, part shopping mall visitors explore this interior city in a non-linear fashion while alternatively browsing, judging or worshiping within a pantheon of objects.

The curatorial narrative sets out seven different ‘values’ that have influenced design or that design creates and the exhibition design animates these ideas by drawing on a rich variety of materials, processes and technologies. These provide conceptual contexts for display that are suggestive and surprising.

This strategy brings coherence to the eclectic collection, diverse in discipline and provenance, including objects from 900AD to the present day from 31 different countries, ranging from everyday items to the precious and unique.

Objects and materials are paired to create dynamic dialogues allowing us to see and understand objects in new ways. An 18th century astrolabe is displayed on a block of modern foamed aluminium; a 17th century coat of arms set against a green-screen backdrop. This approach cuts across traditional museological categorisation allowing us to imagine more open-ended relationships.

Each of the curatorial values is materially embodied. For ‘Performance’ a wall is lined with 4m-high dichroic glass, whose surface quality changes as visitors pass by it. In the ‘Cost’ section, marble and plywood are juxtaposed, referencing both the entrance halls of the V&A’s South Kensington museum and the packing crates used in the museum’s archives.

The interior of the ‘Communication’ pavilion is lined with a custom printed giant halftone gradient pattern that recalls the common technology of printed matter. Its exterior carries an electronic frieze – a moving LED text embedded in the white wall of the architecture itself – that combines a familiar feature of contemporary Shenzhen with the informational tradition of classical architecture. This ancient-and-modern frieze forms a portico supported by a series of columns that describe the different kinds of value that the processing of raw materials creates: from a tree trunk, to a sawn timber prop and an engineered laminated timber column.

At the far end of the gallery, an arcade of niches frame a series of displays that each highlight a specific material, showing how such materials have been used and interpreted by different designers. The final section, ‘Wonder’, is defined by a chain mail curtain that hangs in a freeform shape, while the objects that it encircles are presented as singular and special in their own bespoke cases. The divisions of space vary in translucency, mood and reference that allow an overall complexity to emerge from the clarity of the layout.

Media is embedded with the physical environment to heighten the communicative power of the display. A large format film by Alice Masters commissioned for the show introduces the idea of value and design. A second set of films show life-size Londoners and Shenzheners telling stories about how they value different personal objects.

In each section, ambient films are integrated into the architecture showing suggestive atmospheric footage  supporting the display as a kind of moving wallpaper.

The new V&A gallery presents design as more than just a matter of ‘good’ and ‘bad’. Instead the show creates an arena of different and sometimes conflicting possibilities. It argues that design performs many different roles depending on its purpose, its attitude and its context.

The design of the gallery organises space, material and media to make an intellectually rich and visceral experience, advancing a sophisticated understanding of the way design shapes the contemporary world. The fresh and evocative approach to the gallery’s spatial organisation and display responds to the sensation of Shenzhen as a place of new possibilities for the future of design while drawing on the rich history and collection of the V&A.