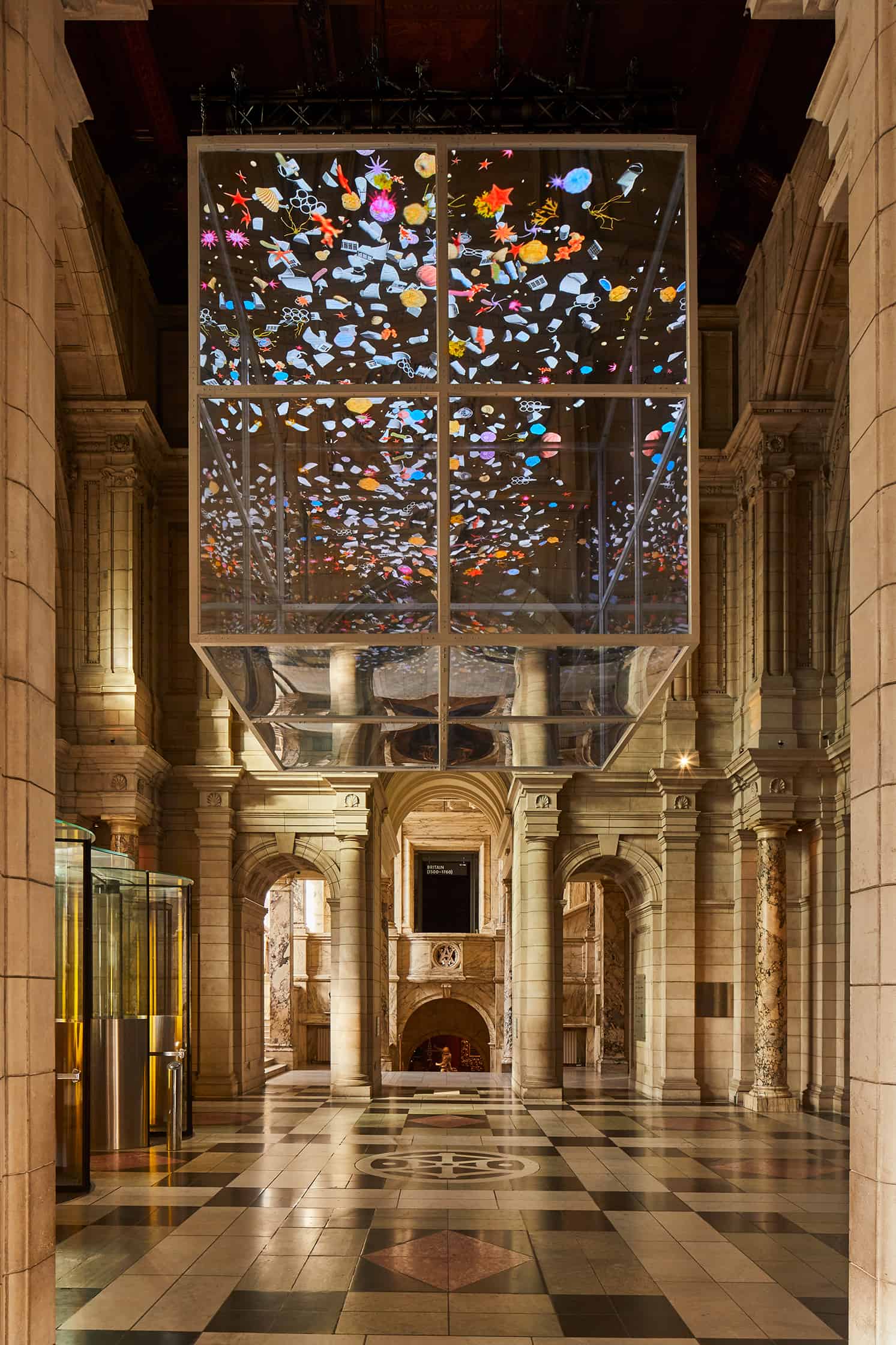 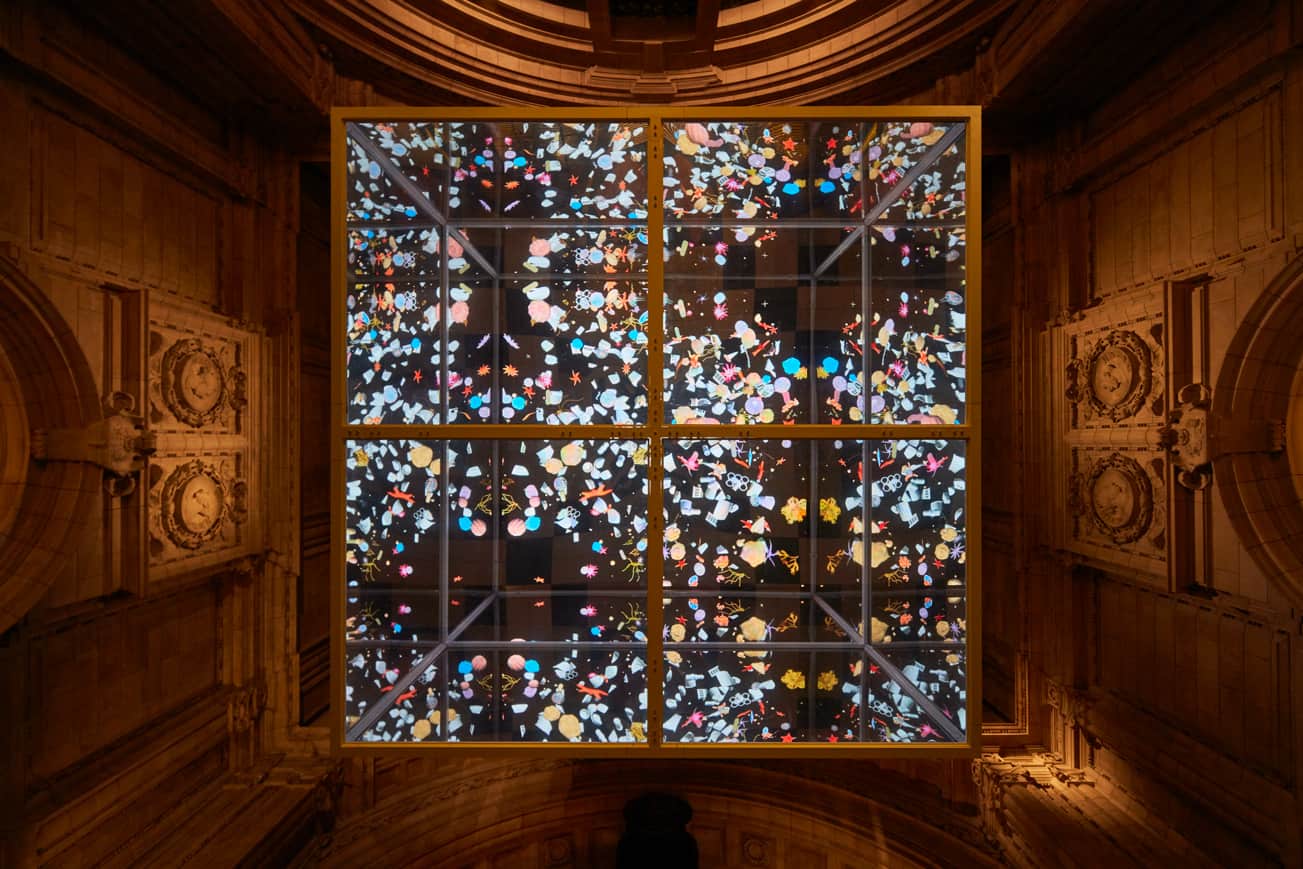 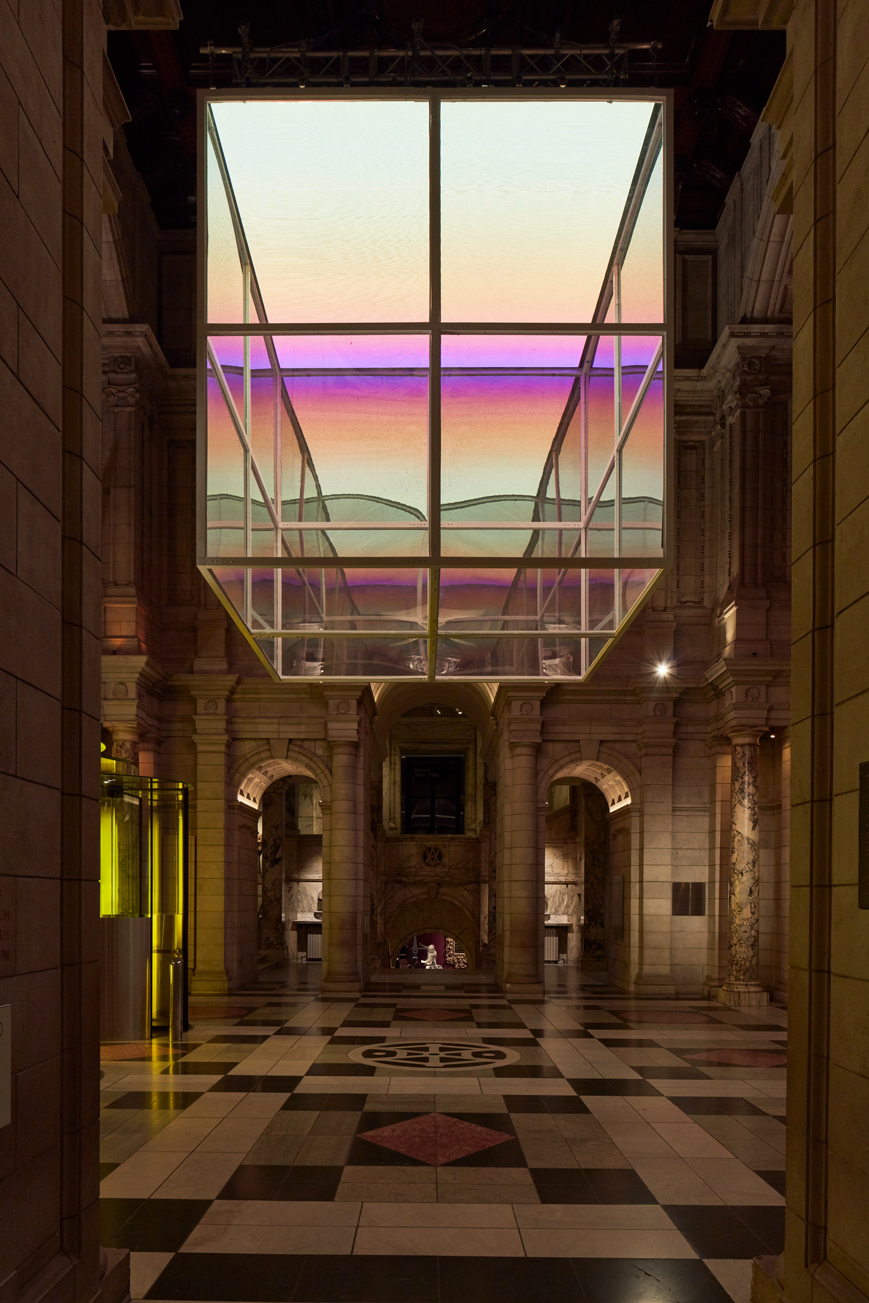 Sea Things was commissioned as a landmark project by London Design Festival and SAP. It featured a 4 meter two-way mirrored cube with an LED screen on its top surface suspended in the entrance hall of the V&A. The sharp abstract geometry of the cube contrasted with the rich and ornate Victorian surroundings.

Depending on brightness of the screen inside, the two-way mirror shifted from reflective to transparent. As the animation played, the cube appeared to transform from an apparently solid object to a translucent frame that reflected its interior infinitely.

Sea Things presented a story of our relationship to plastics, production and the environment. The animation was inspired by a Charles and Ray Eames pattern in the V&A’s Textiles and Fashion collection that was made in a more optimistic time. The Eames’ pattern shows the sea full of marine life.

Our animation however charted the change in our oceans since the rise of plastic production. It represented a timescale from 1900 – the beginnings of industrialised use of plastics – to 2050 – the date the MacArthur Foundation forecasts the oceans will contains an equal amount of plastic waste to marine life if we do not change our systems and behaviours.

The animation, created alongside Rory Cahill, once reflected within the two way mirrored cube became an infinity that seemed both as wide as the ocean and as large as the challenges we face.