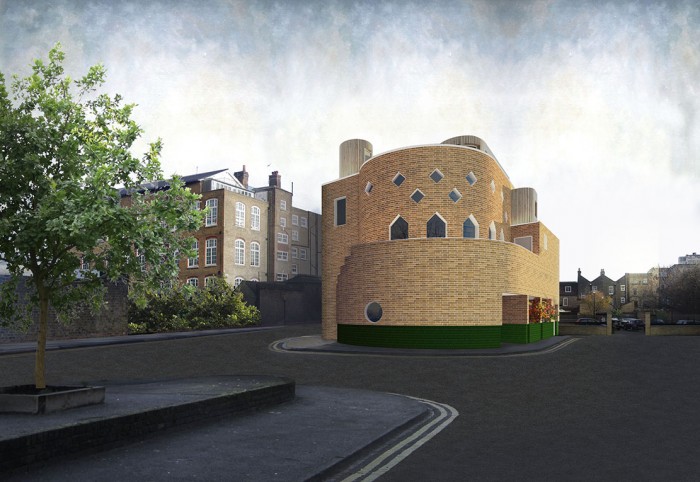 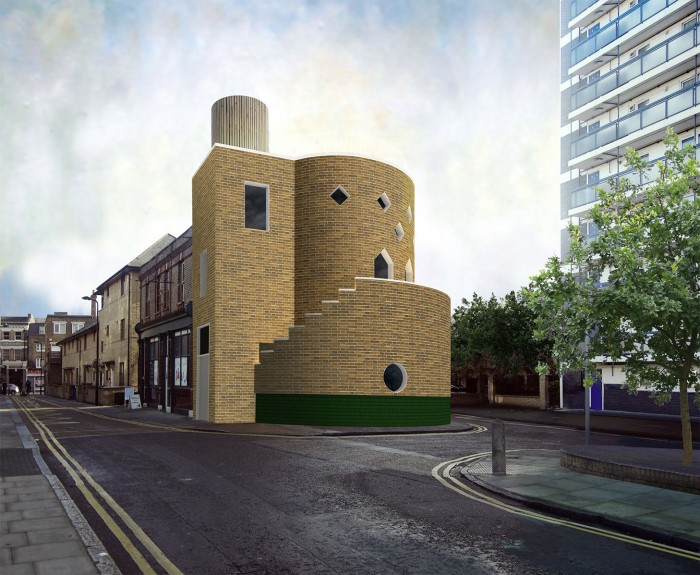 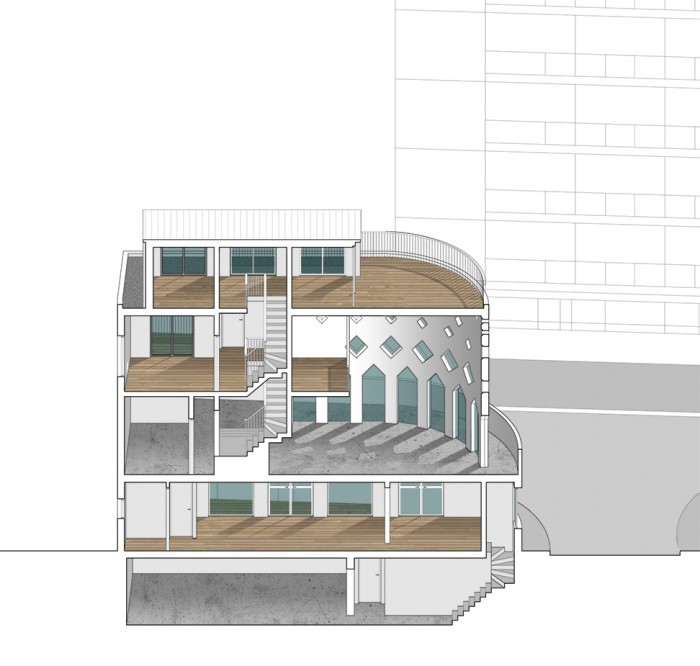 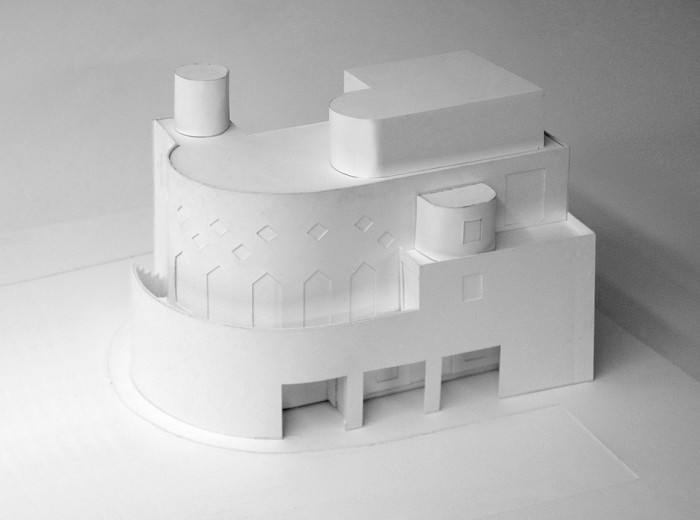 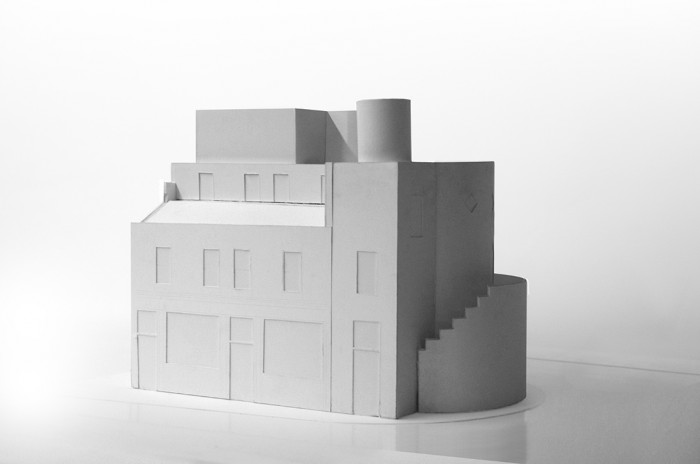 Planning has been granted for a 4 story mixed use building in London’s Shoreditch designed by Sam Jacob Studio.

The scheme, located in the Hoxton Street conservation area, retains and restores the facade of the original Victorian pub, while redeveloping the site and adjacent land to provide a community facility at ground and basement level, with a residential unit on the upper floors.

The design responds to the sites fragmentary urban field, an island that is the last remaining piece of what was once a terraced street, long since demolished by either bombing or planners.

The resulting site is a U-shaped plan, a line drawn into the urban plan at some moment that is a gesture far grander than the original building ever was, just at the point that Ivy Street turns into an alleyway connecting to Hoxton Street.

Now neighboured to one side by 10 story 1970‘s housing blocks, to the other by a Victorian School, the project responds to its axial position and its curved prow to become a new urban object marking the gateway to Hoxton Street.

The design’s starting point draws from the particular accidents and contradictions of the site. These are resolved in strong, expressive urban gestures.

A tower acts as a vertical end to the pub facade, an exaggerated ghostly echo of the old terrace. From here, a curved wall follows the perimeter of the site to form a ground floor podium level with openings to the south side providing a new entrance and terrace for the community centre. The podium also provides a stepped route up to the residential unit, expressed as a step in the curved elevation.

The curved wall is repeated on top of the podium to form the first and second stories, stepped back and perforated with angular diamond window openings.

Curved timber-clad additions act as counterpoints to the buildings masonry body, marking the front door, as a cylindrical structure recalling American water towers, as as a roof pavilion opening up to the roof terrace.

The building is more solid and opaque to the north, but opens up as the curve creeps southward to take advantage of the buildings freestanding open prospect, for sun and elevated views towards the City.

Internally, the Community Centre retains the generous ceiling height of the old pub through into its new extension, creating a large open and flexible room that opens onto a south facing terrace.

Upstairs, the residential unit revolves around the large double-height space formed by the curved facade, creating an open living space.

The project is being developed in partnership with the Ivy Street Family Centre who have been engaged with the Hoxton community for over 30 years. The renovation and extension of the building will allow their work to continue, maintaining a unique community resource.