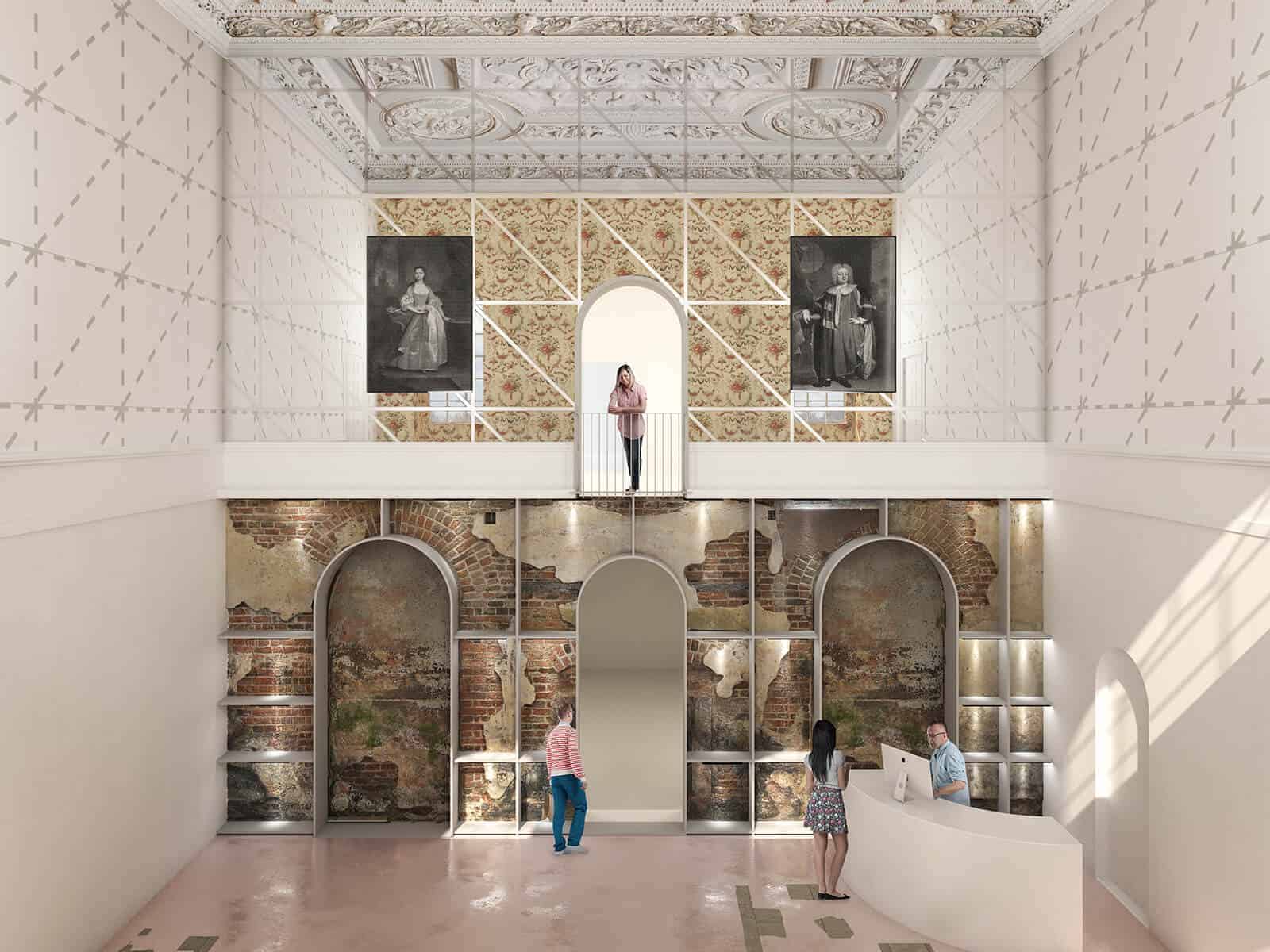 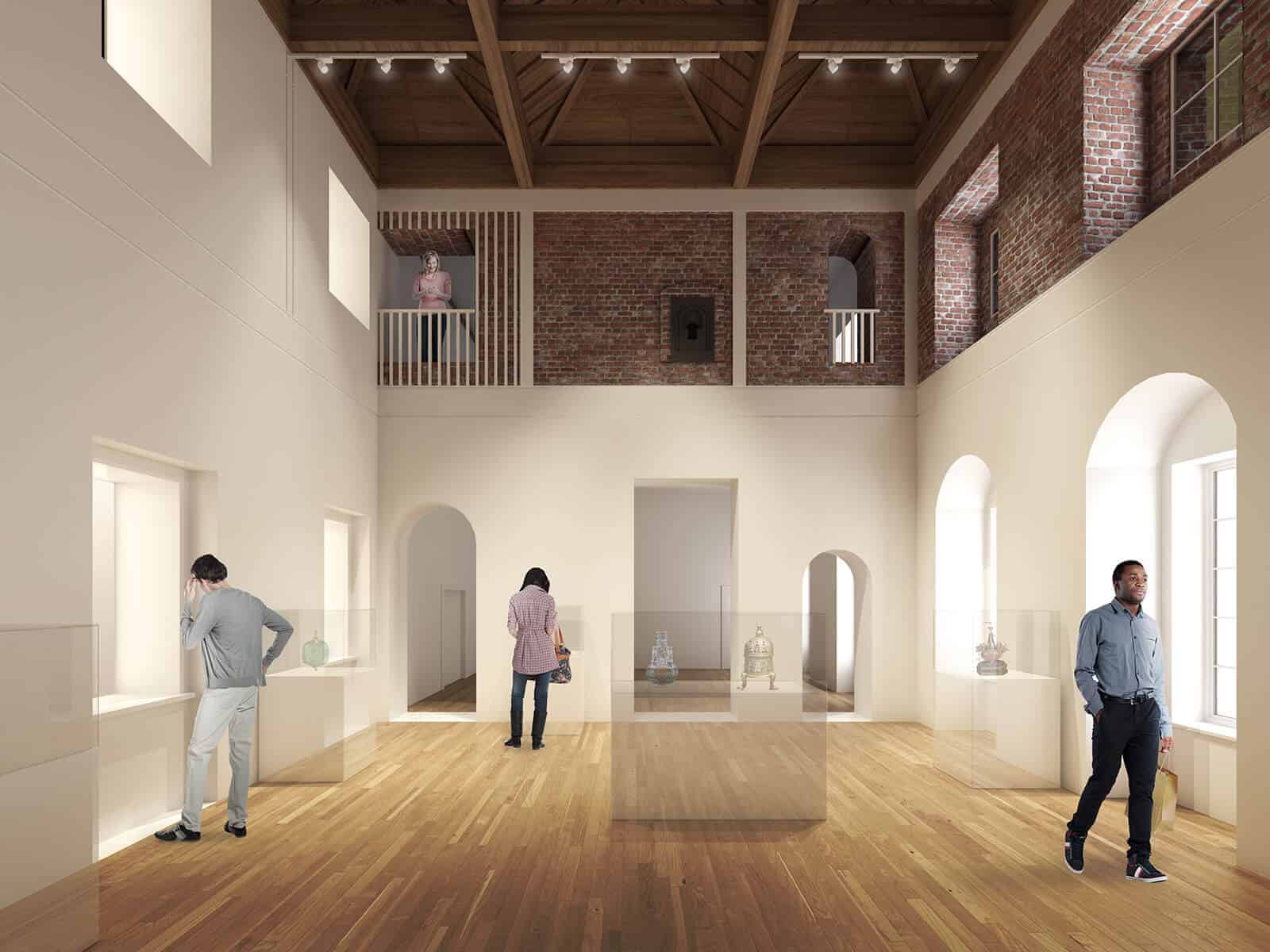 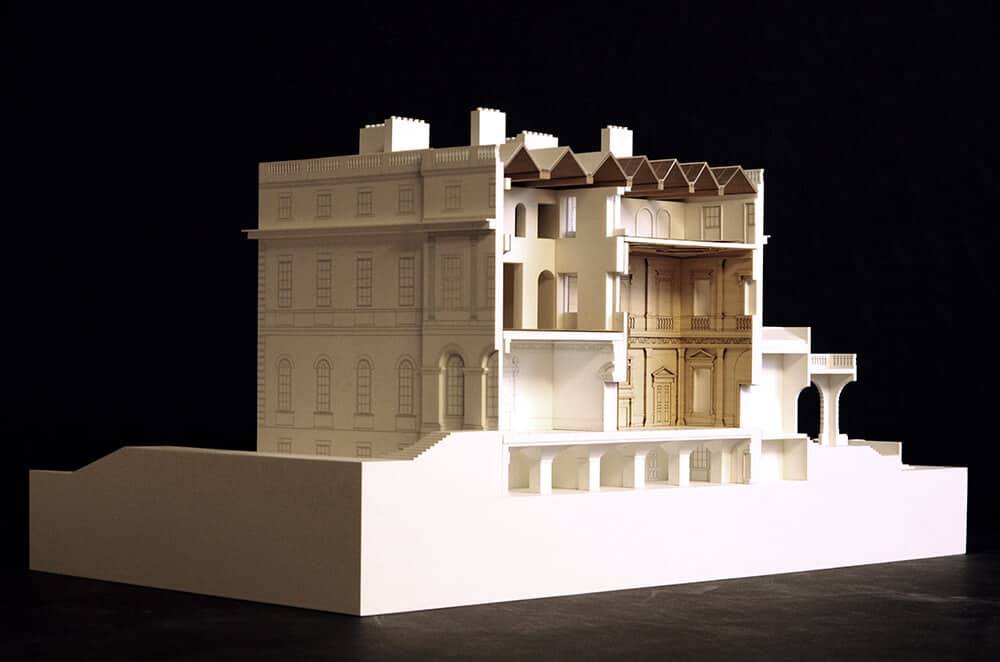 Sam Jacob Studio, working with Purcell, were shortlisted for the international design competition to restore and reinvent Clandon House and Park for the National Trust. The building, originally a early 18th-century grade I listed Palladian mansion had been gutted by fire in 2015.

The brief asked for a design that would include both restoration of some of the principal rooms while also introducing  more contemporary spaces and galleries.

Our approach drew on the history of the house recognising that its story was one of repetitive reconstruction.

The scheme is organized by four internal ‘villas’. Each villa has a distinct role in organising use, visitor experience, and relationship to landscape. They create a spatial sequence that balances old with new, giving sectional and spatial significance to ambitious public programmes of entrance, gallery and learning while retaining Clandon’s historic Palladian grandure.

They include a new entrance space that remembers multiple states of the buildings history: Exposing the foundations of the previous Jacobean house; Retaining the double height caused by fire damage; Restoring one wall of the historic ‘Pallladio room; And all tied to together by a contemporary design that interprets Palladian geometry.

By exposing the process and problems of restoration, the act of reconstruction at Clandon provides a way to allow visitors to see, experience, and understand Clandon’s history in a contemporary way.

The proposal reimagined Clandon as a new test-case in 21st century reconstruction, developing both design approaches and techniques that place it at the cutting edge of both theory and practice.