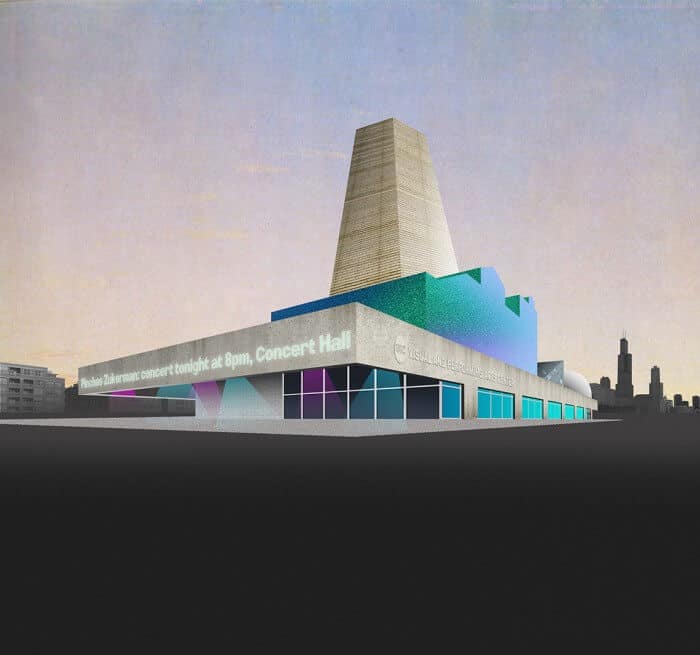 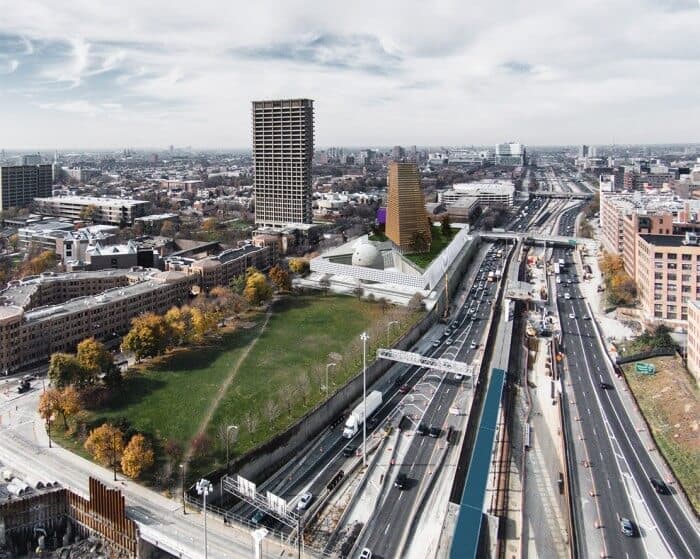 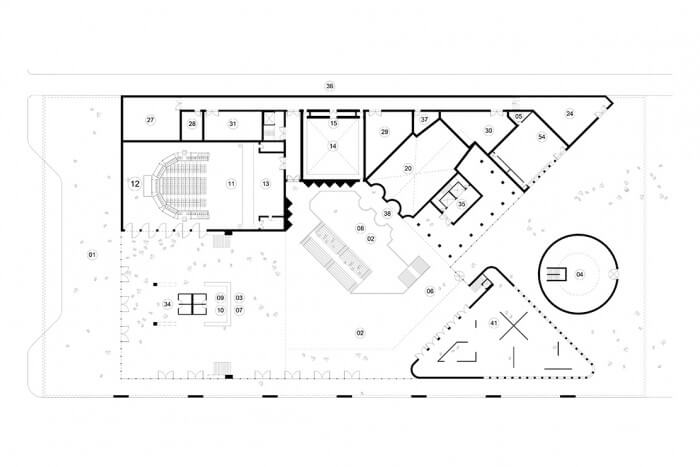 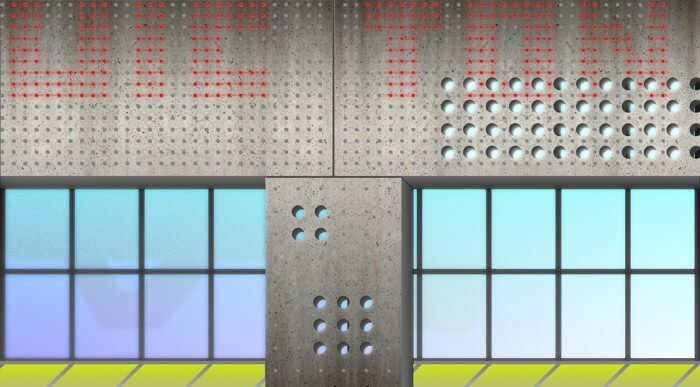 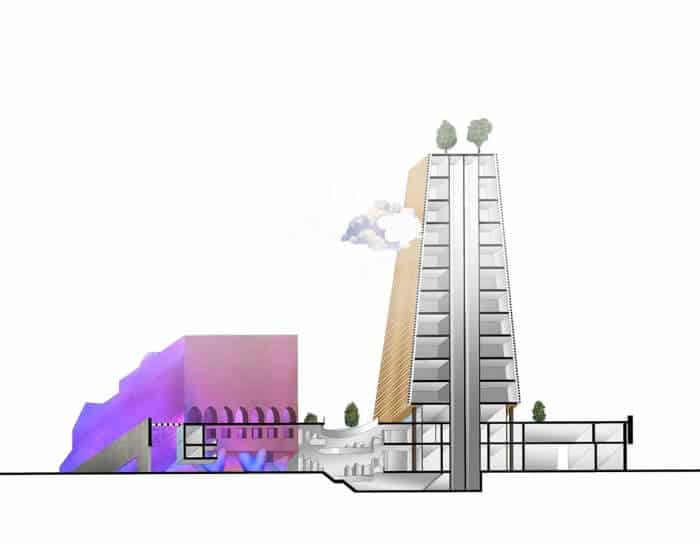 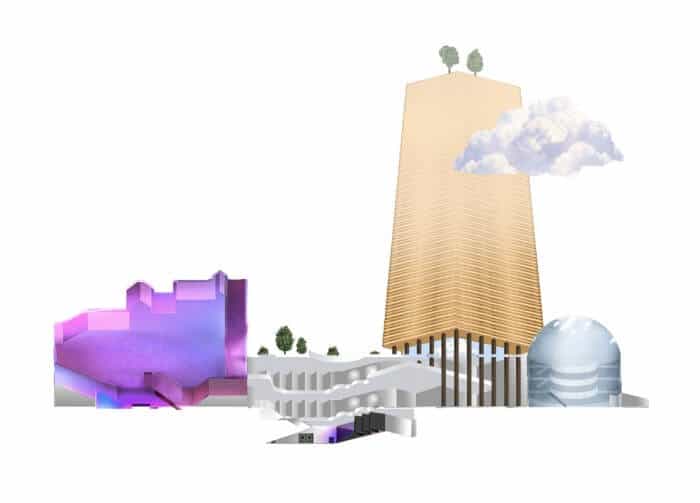 What does it mean for architecture to perform? Can architecture’s own ‘performance’ of programme, narrative and urban relationships be a way to frame the role of a visual and performing arts centre? In other words can a space for performance create an architecture that itself performs: That acts, characterizes, gestures, represents, improvises, takes on roles – all the while providing a stage for the activities that it hosts?

Out VPAC proposal ‘stages’ itself between the different visual and performing arts departments of the University of Illinois at Chicago, the wider university campus, the Near West Side neighborhood and the city of Chicago. This stage acts as an urban platform on which the different constituencies intertwine, forming a dialogue between each while advertising UIC’s own cultural contribution and ambitions.

The proposal is conceived in three parts, each with their own role and character drawing on specific Chicagoan tropes. Arranged as a new composition, the building articulates itself as follows:

1. A ground level ‘sidewalk’ that flows seamlessly between city and campus and proceeds into the interior as an expansive urban carpet. Referencing the Chicagoan trope of pedways and interiorized urbanity, the ground level is a fluid platform where interior and exterior connect. It’s surface is conceived as free plan where the buildings users are both performers and audience: A landscape and where public realm becomes stage.

2. A ‘block’ that relates to the buildings immediate context. This gives contextual massing, acts as serviced ‘rigging’ to the ground level stage and frames both the architectural composition and the activities it contains. The surface of the block is invested with a contemporary form of rustication that also acts as a communicative surface. Carrying signage and information about forthcoming activities and events rustication is reimagined as a form of contemporary urban media.

3. A ‘skyline’ conceived as a series of figural pavilions that collage themselves into their urban context. These are architectural actors that perform to both campus and city. The form of the main concert hall is excavated from the section of Adler and Sullivan’s Auditorium building. Here it is recast as an object visible to city, its exterior surface treated with a shimmering spray finish like the bodies of the cars that pass on the Kennedy Expressway. The Arts Tower takes its tapering form as if a timber clad model of a Chicago skyscraper. Scaled down, it acts both as object within the composition of the building and as part of the downtown skyline of the city.

Conceived as piece of urban theatre itself, the building stages intersections between departments, between public and private, and between city and college. Architecturally, ‘theater’ is a way of imagining how contemporary art practice can be framed as a series of connected acts, how it can be staged as narrative and drama both within its own body and to the world beyond.

The projects ambition is to create a place where culture is not only performed but also a building that itself ‘performs’ the idea and image of art. The approach binds function to expression – creating an architecture that is simultaneously armature and stage for the activities it hosts.

UIC Visual + Performing Arts Center provides a new arts center for the University of Illinois at Chicago. Contaning a concert hall, theatres and performance spaces with associated rehearsal spaces, a new home for the art school and gallery spaces, the building is conceived as a platform connecting these creative departments. It also connects the university campus to both the neighbourhood and the city of Chicago.