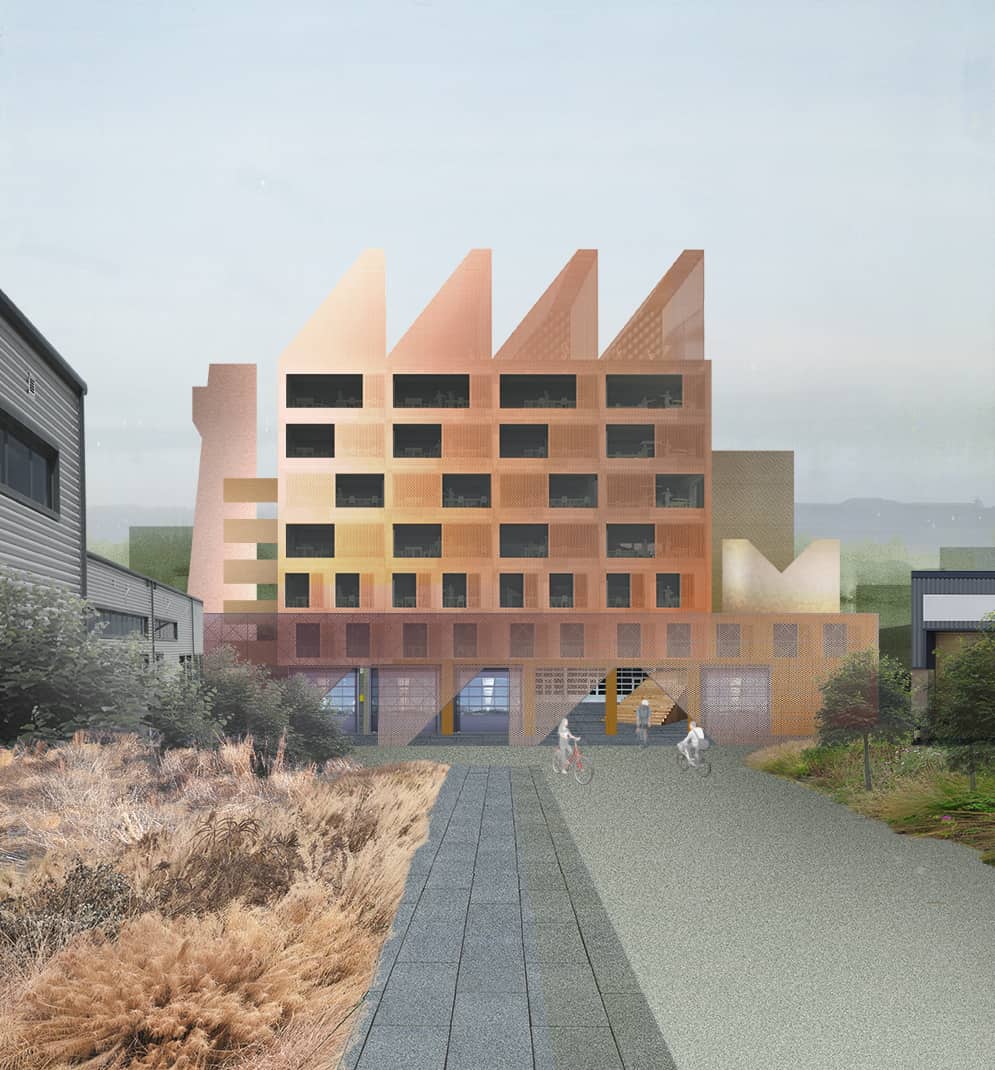 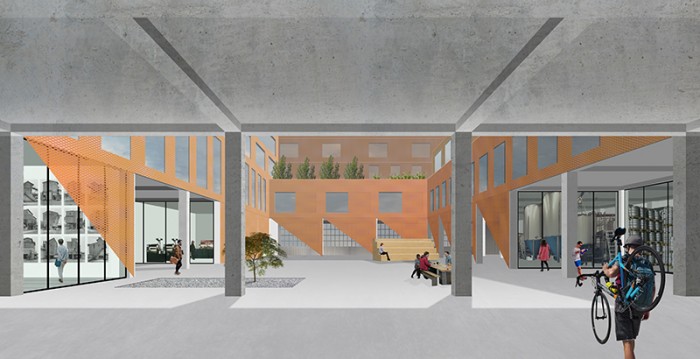 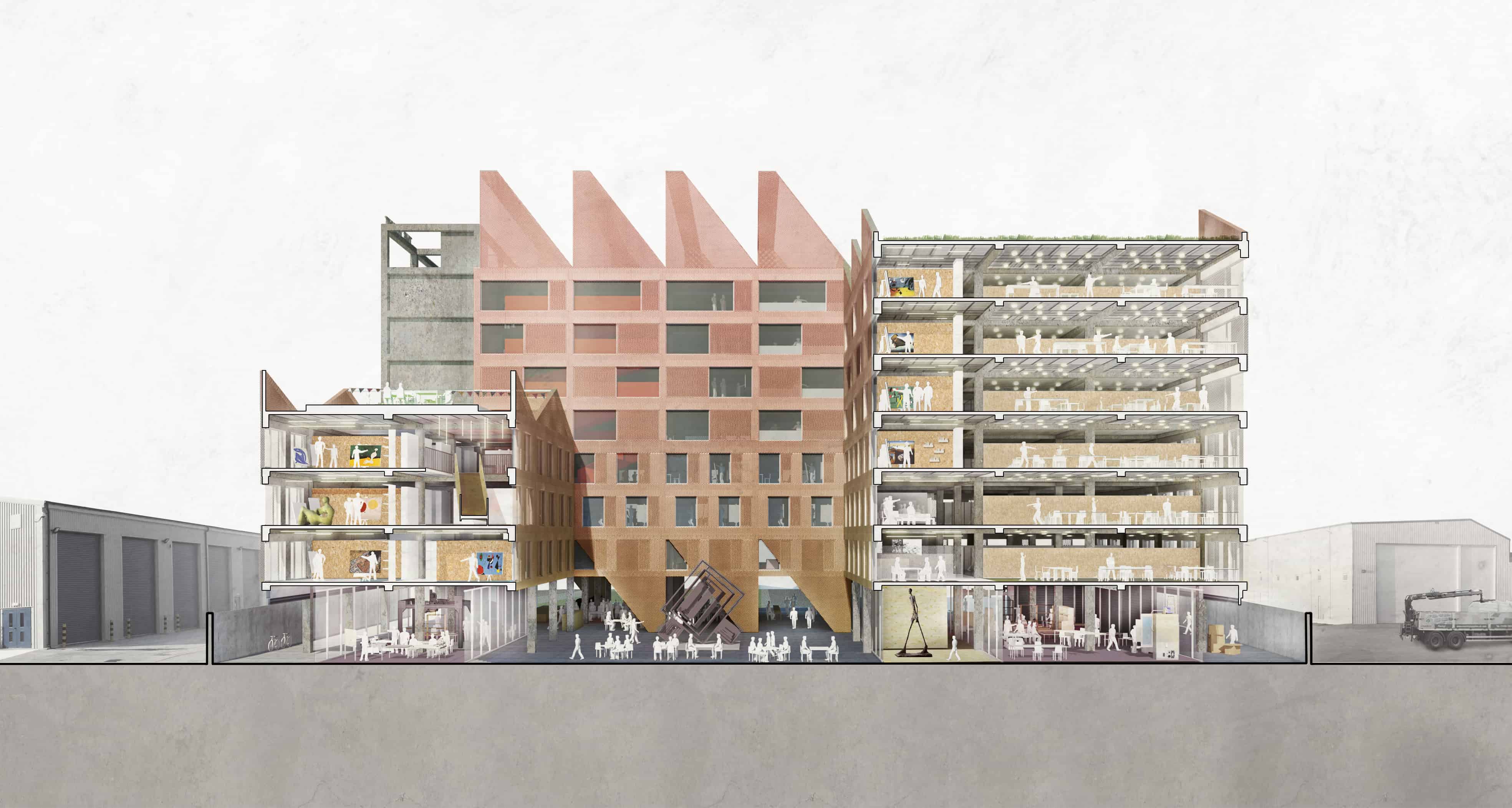 Plant is a proposal that develops a new typology of building suited to today’s creative industries.

With new technologies, the act of making has become very different. Digital forms of fabrication mean that the line between design studios, workshops and office space has become more blurred.

Plant seeks to understand the potential of this both as a building type and as an urban consequence. Could changes in the post digital industrial suggest the possibility that industrial estates might become more open, civic minded places? Could new kinds of workspaces and studios help create more socially minded creative hubs?

The design approach is to create a simple, flexible set of spaces arrange around a courtyard. Ground floor uses contain public facing facilities. Upper floors provide affordable workspaces of varying sizes to accommodate a range of small to medium businesses and practitioners.

Though simple, the design also seeks to create a civic presence that distinguishes it from traditional industrial buildings.

The premise of the project is to provide much needed affordable workspace for London’s creative industries. Plant would act no only to provide space, but also as a connected community, forging links both between its tenants and beyond. As such it acts as a form of business incubator. This economic support for small and medium sized enterprises would also provide social support that can be used by the local community. Instead of an industrial estate as a island, Plant’s strategy proposes the possibility of a more public facing form of industrial facility.