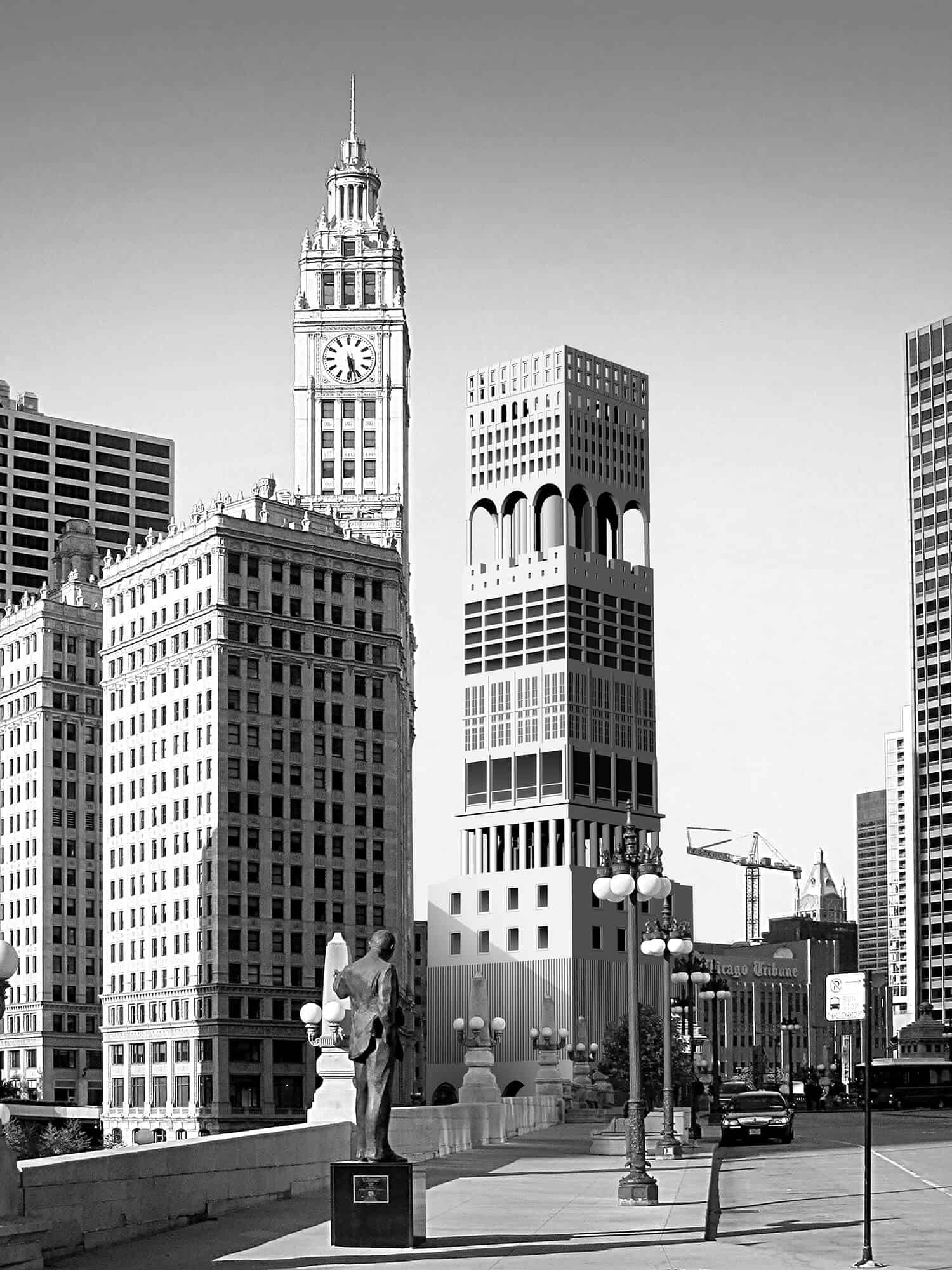 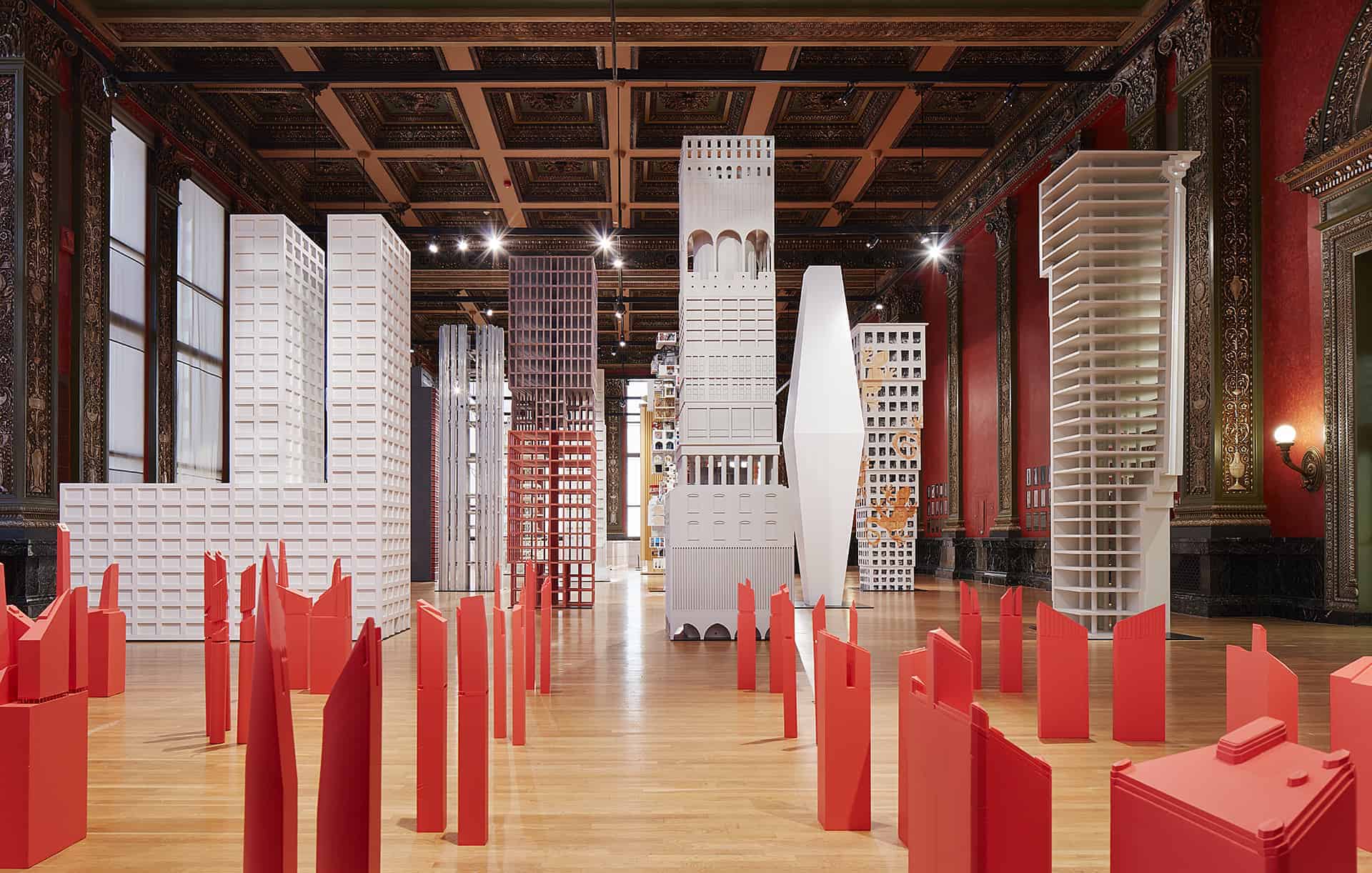 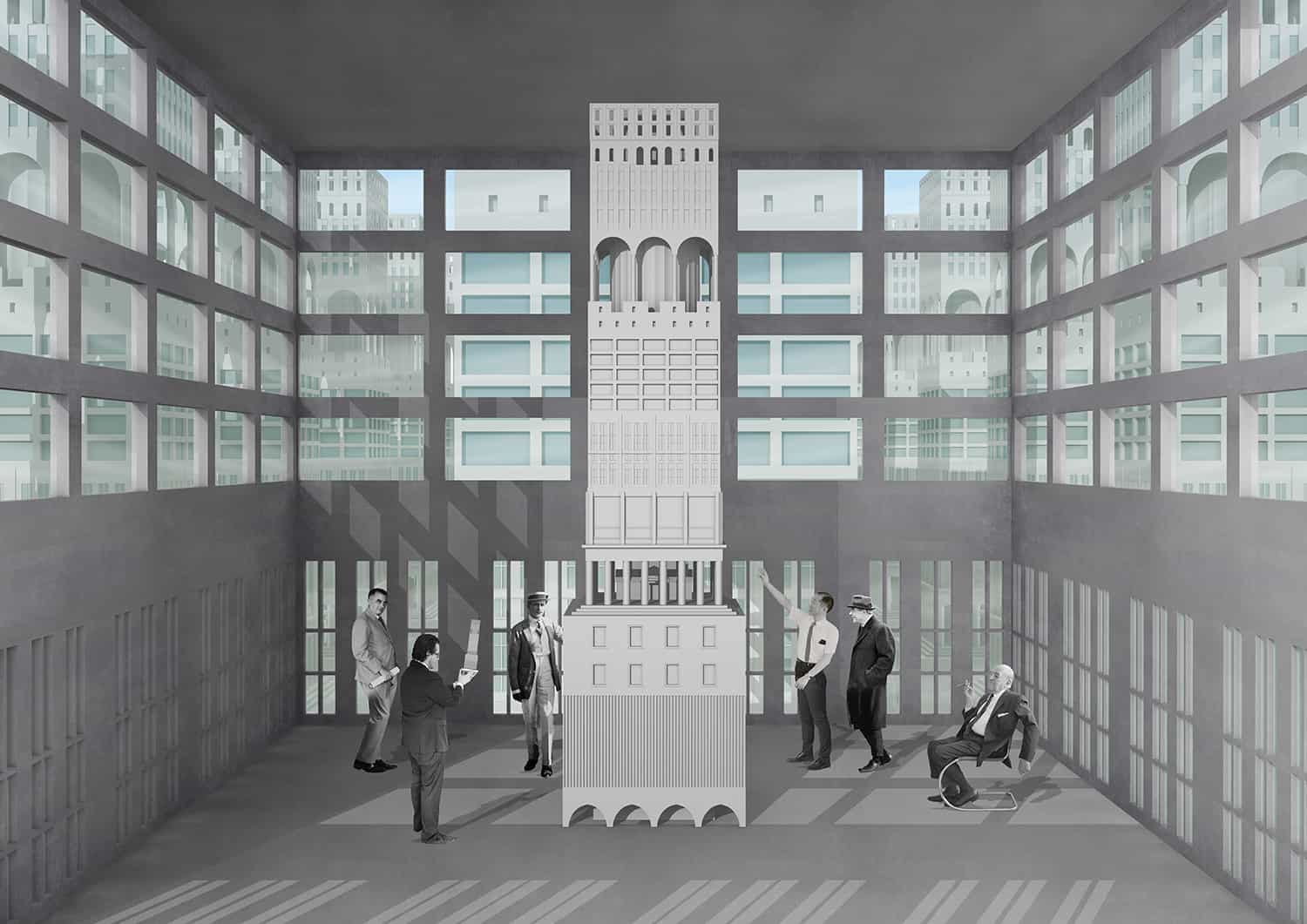 The Pasticcio is a proposal for a tower commissioned by the Chicago Architecture Biennial. The tower is composed of varied architectural references fused into a new whole: A new kind of tower made out of fragments of history.

The design refers to two seminal Chicago buildings – one only imagined, the other built. Both designed for the same site.

First, Adolf Loos’ unbuilt proposal for the 1922 Chicago Tribune Tower competition. His cyclopean Doric column-as-building is an object out of place and scale as if a piece had become a whole, as if an object had become a building.

Second, the actual Tribune Tower on Michigan Avenue designed by John Howells and Raymond Hood. Or specifically the fragments of other buildings– architectural relics of historic, significant or curious significance – embedded in it.

It takes its name from John Soane’s totem-like assemblage of diverse architectural fragments that form the centrepiece to his house. Like Soane this tower rearranges pieces of history to create something new.

The Chicago Pasticcio suggests the architectural possibilities of appropriation, assembly and remaking. That architecture is not something that we create our of thin air but something that already exists, just waiting for us to discover it.