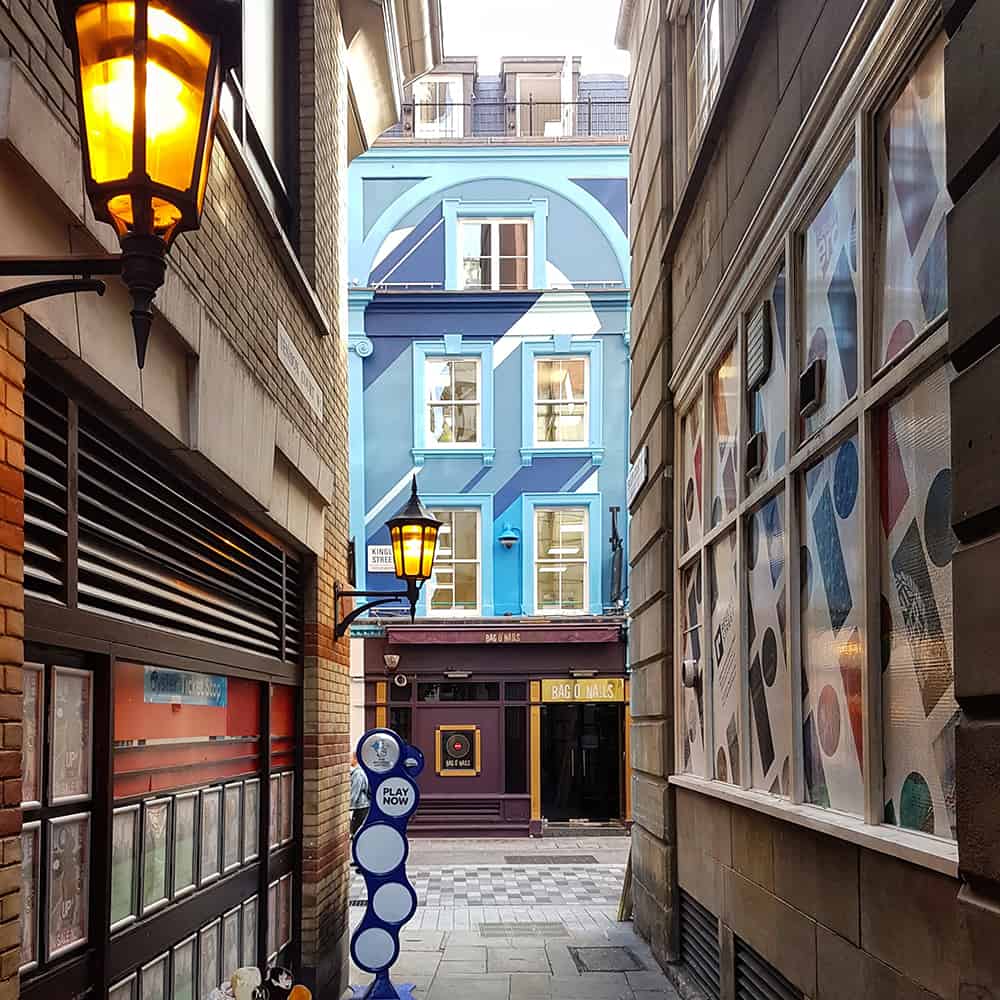 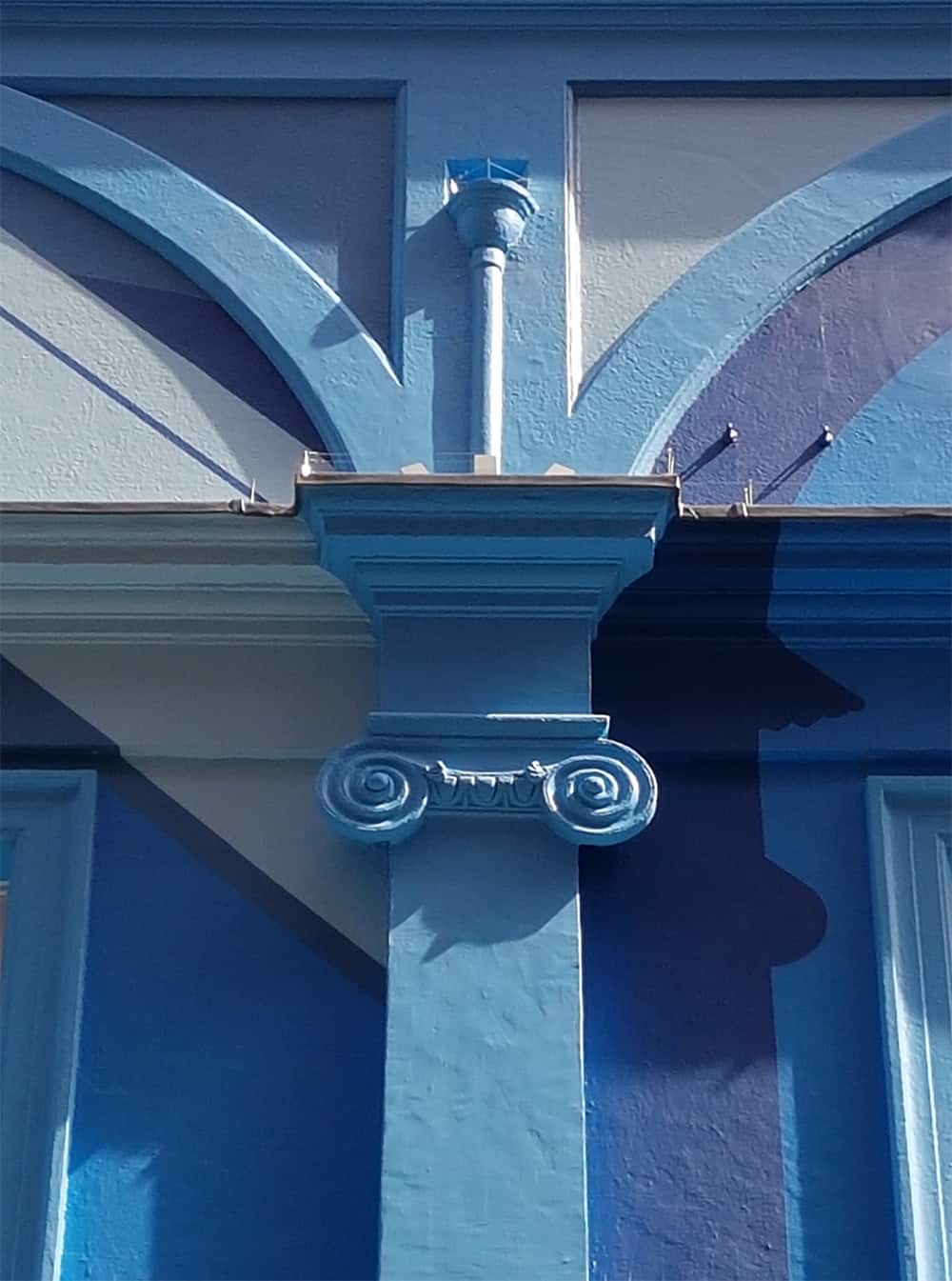 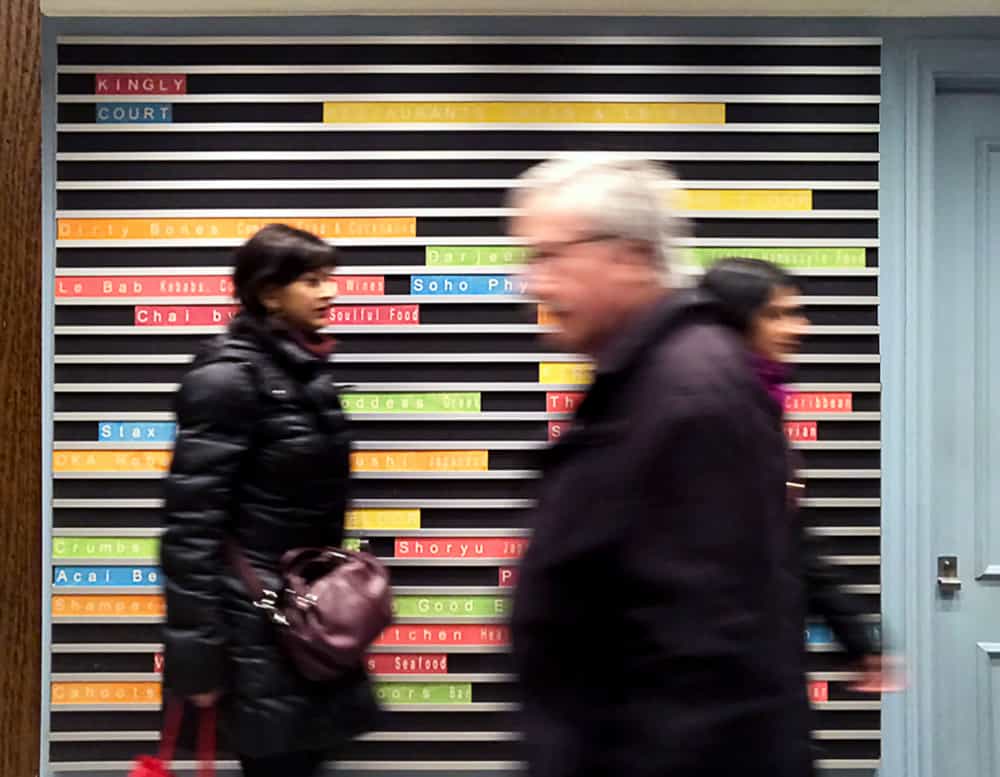 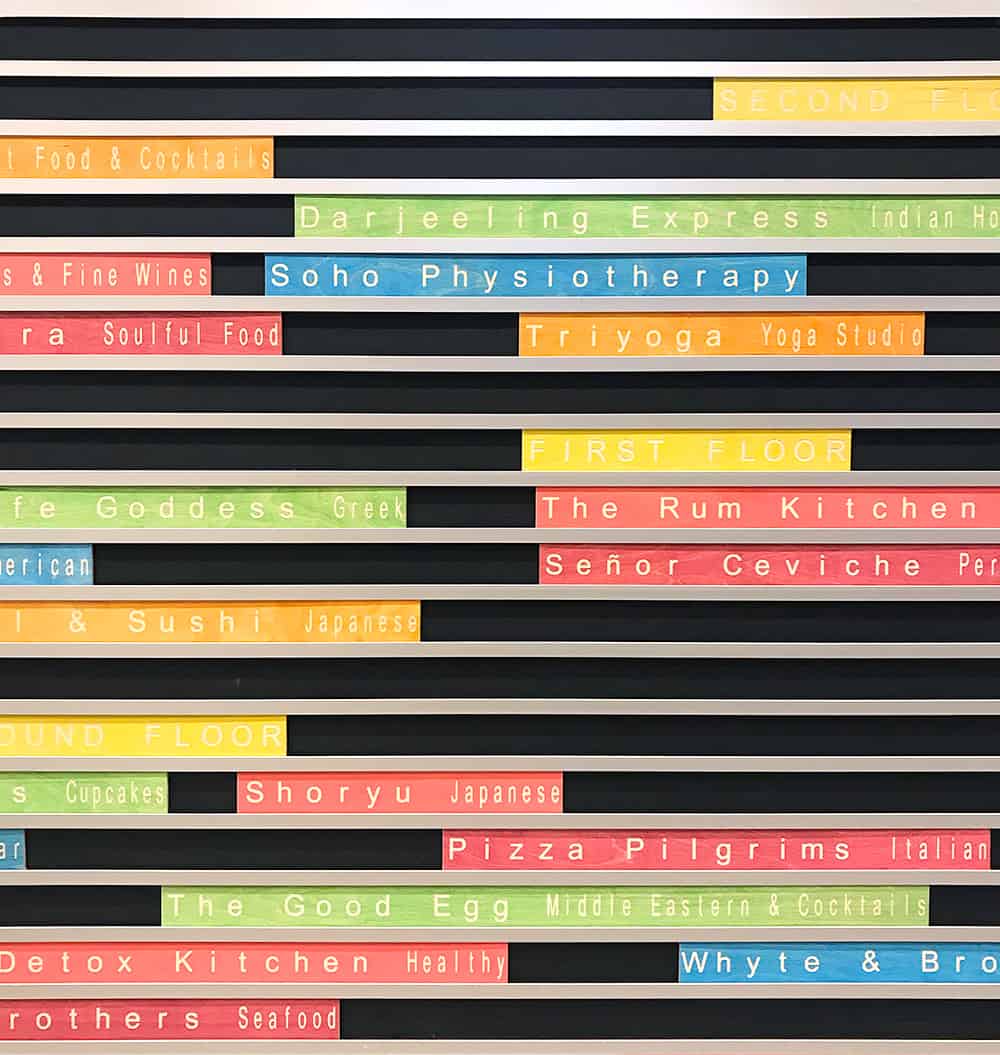 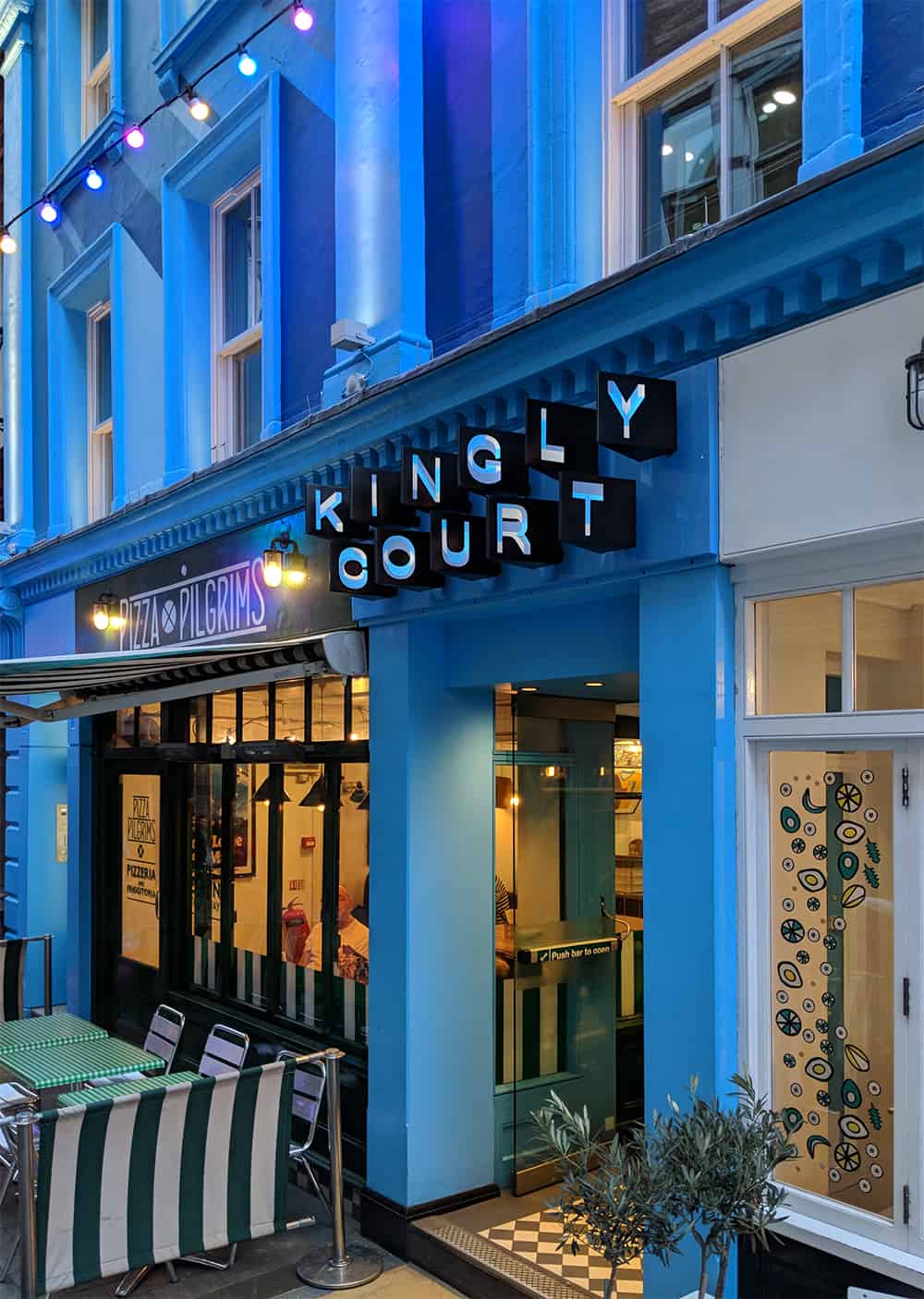 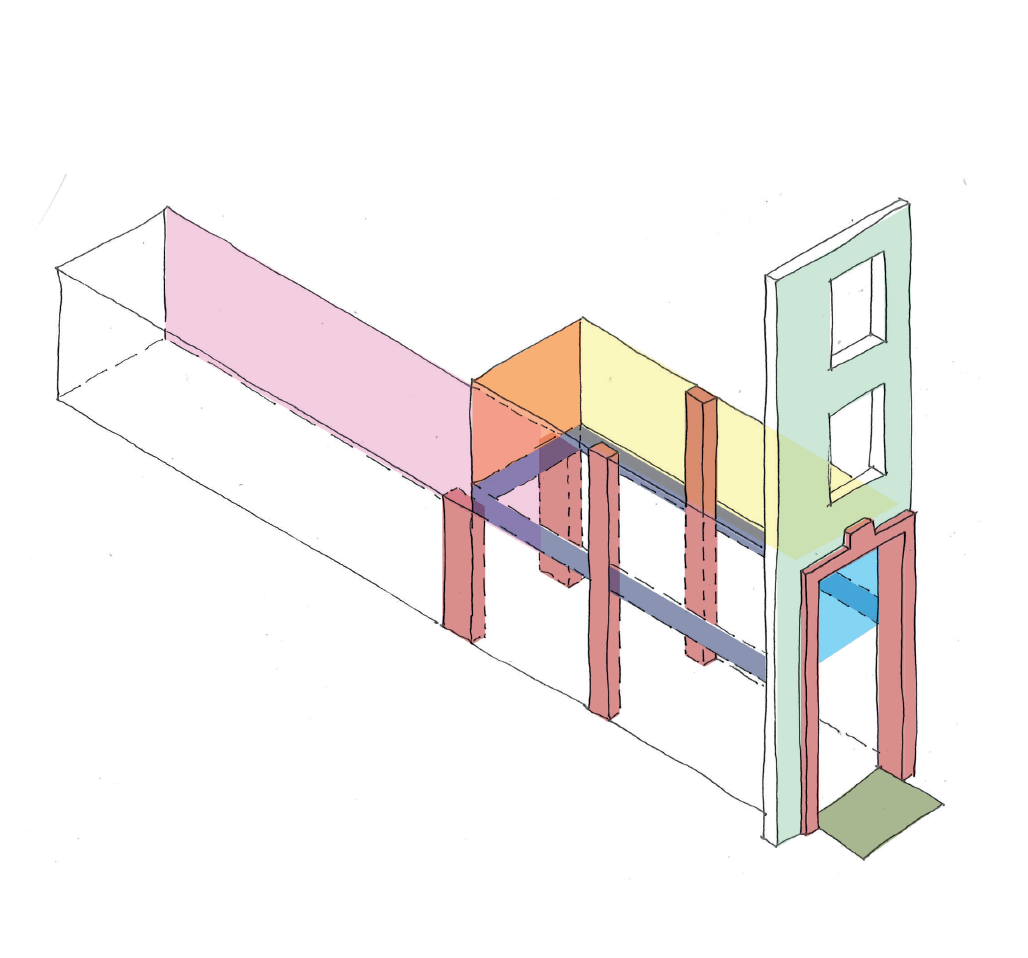 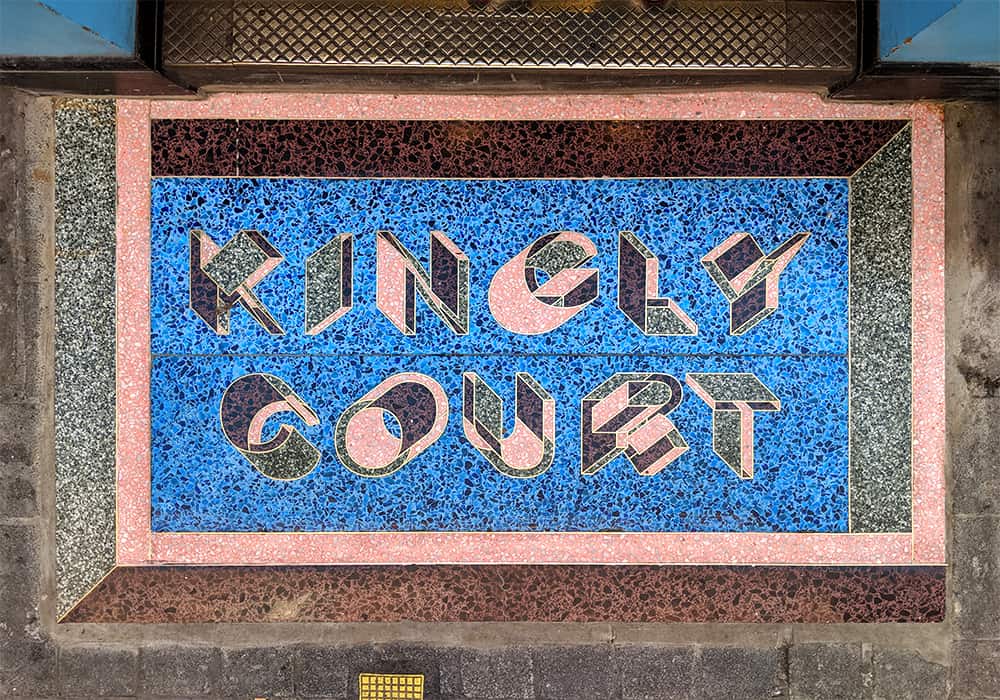 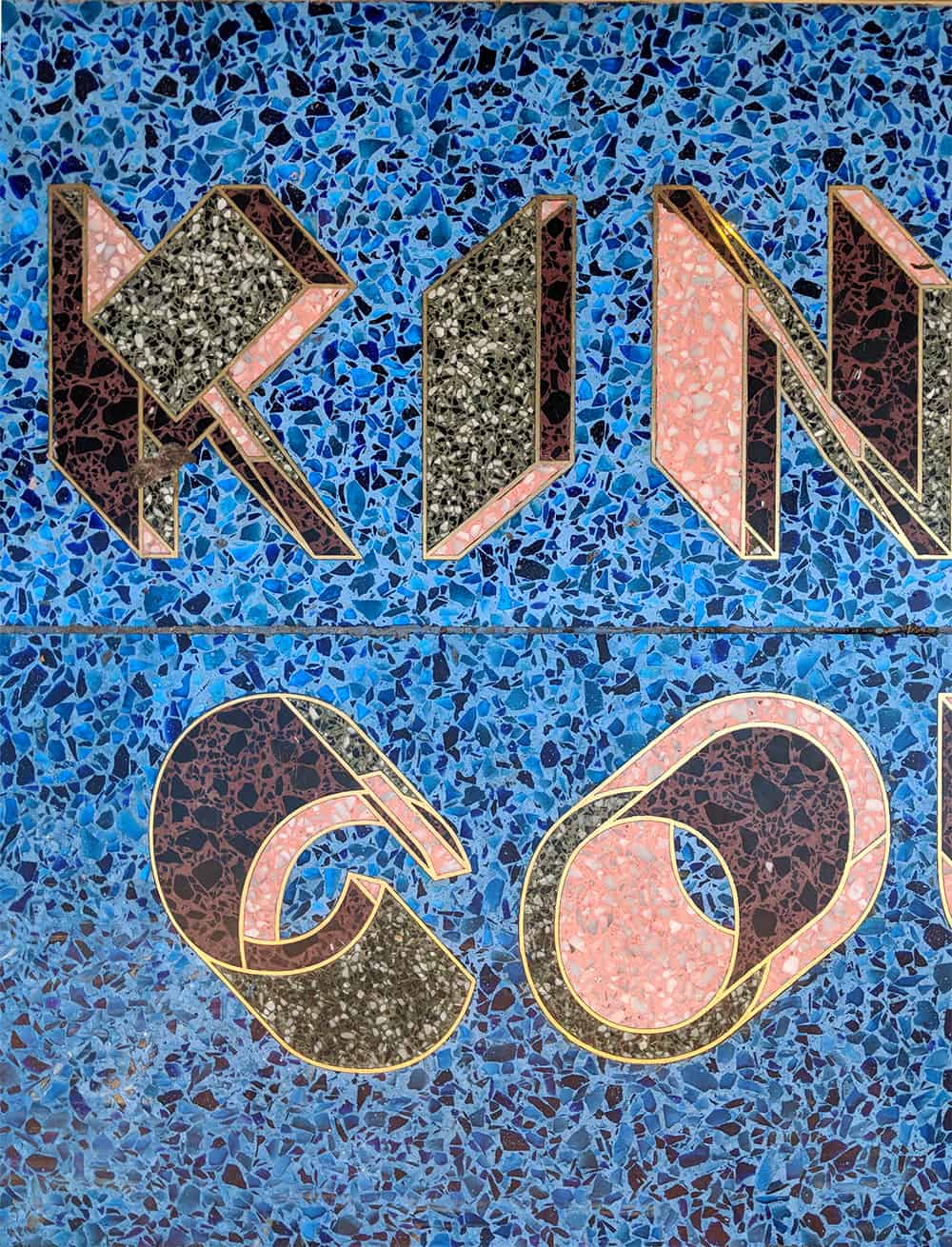 We are working to give Kingly Court a striking new identity, improve its connections and visibility through a series of phased upgrades.

Kingly Court is a three-storey alfresco food and dining destination in the heart of London’s West End, a food hub with 21 international concept restaurants, bars and cafés situated in a courtyard, which is open air throughout the summer months and covered in the winter.

Our work currently addresses the entrances from Carnaby, Kingly and Beak Streets that help to draw visitors into the interior courtyard space.

The strategy for the identity creates a pallets of colours, materials, elements and graphic identity that is used in a flexible and varied way. The aim is to create a kind of organic identity that responds in a contemporary way to the contexts historic urban mix.

On the facade of Kingly Street a huge all-facade treatment. The design merges two traditions of architectural painting. On the one hand, it recalls the trick perspectives of historical trompe l’oeil paintings that created the illusion of space on the surface of walls. On the other more graphic and psychedelic treatments of the kind that graced Carnaby Street back in the day that played with perception.

This design merges these two different approaches while also responding to the facades existing architectural features. The pattern projects an impossible view from the windows, mouldings and pilasters so the the real building merges with a illusionistic painted world.

A new apron at the entrance continues this 2d/3d effect with lettering set into terrazzo.

Work is continuing in a phased manner so that Kingly Court can remain open.