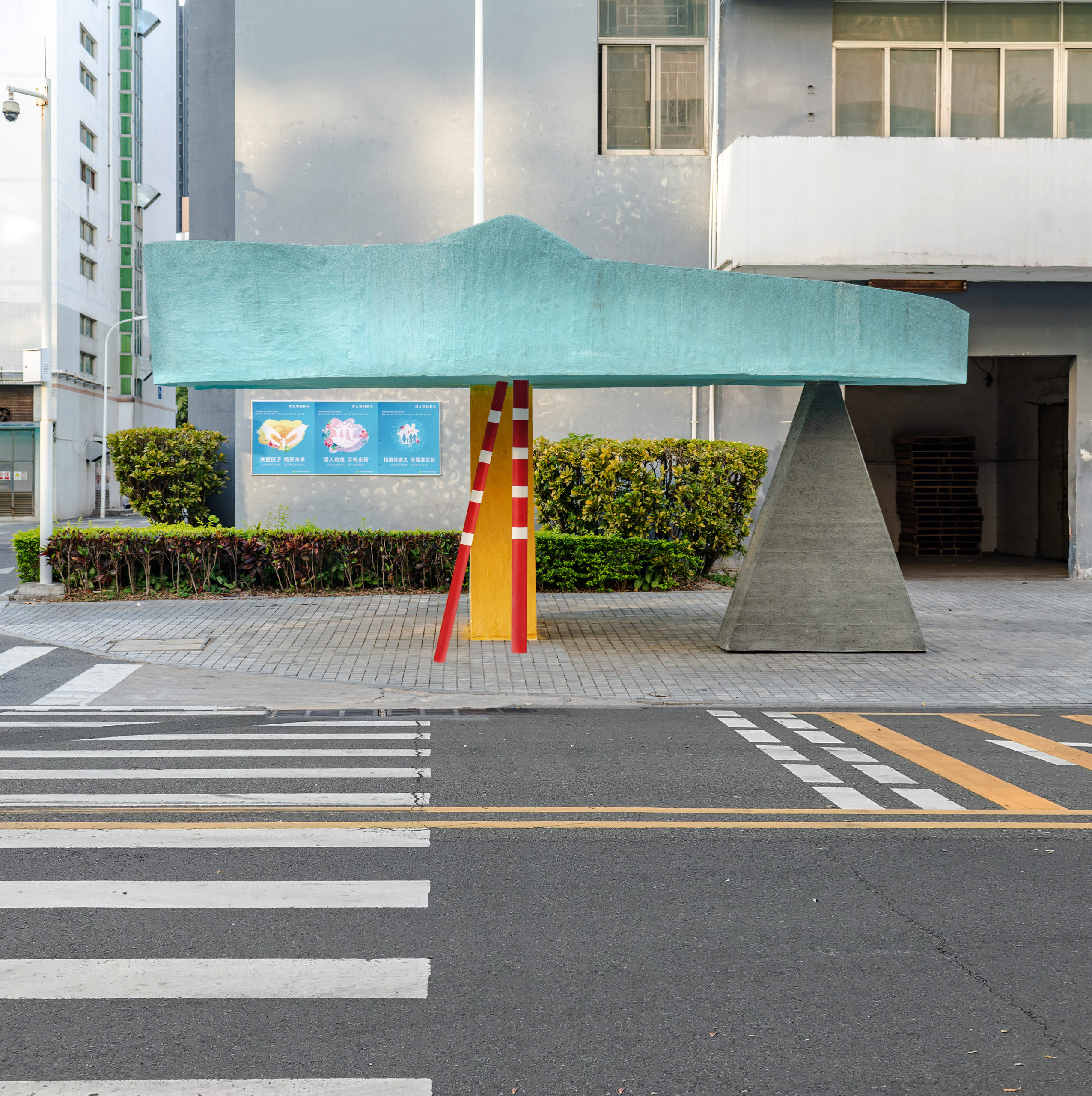 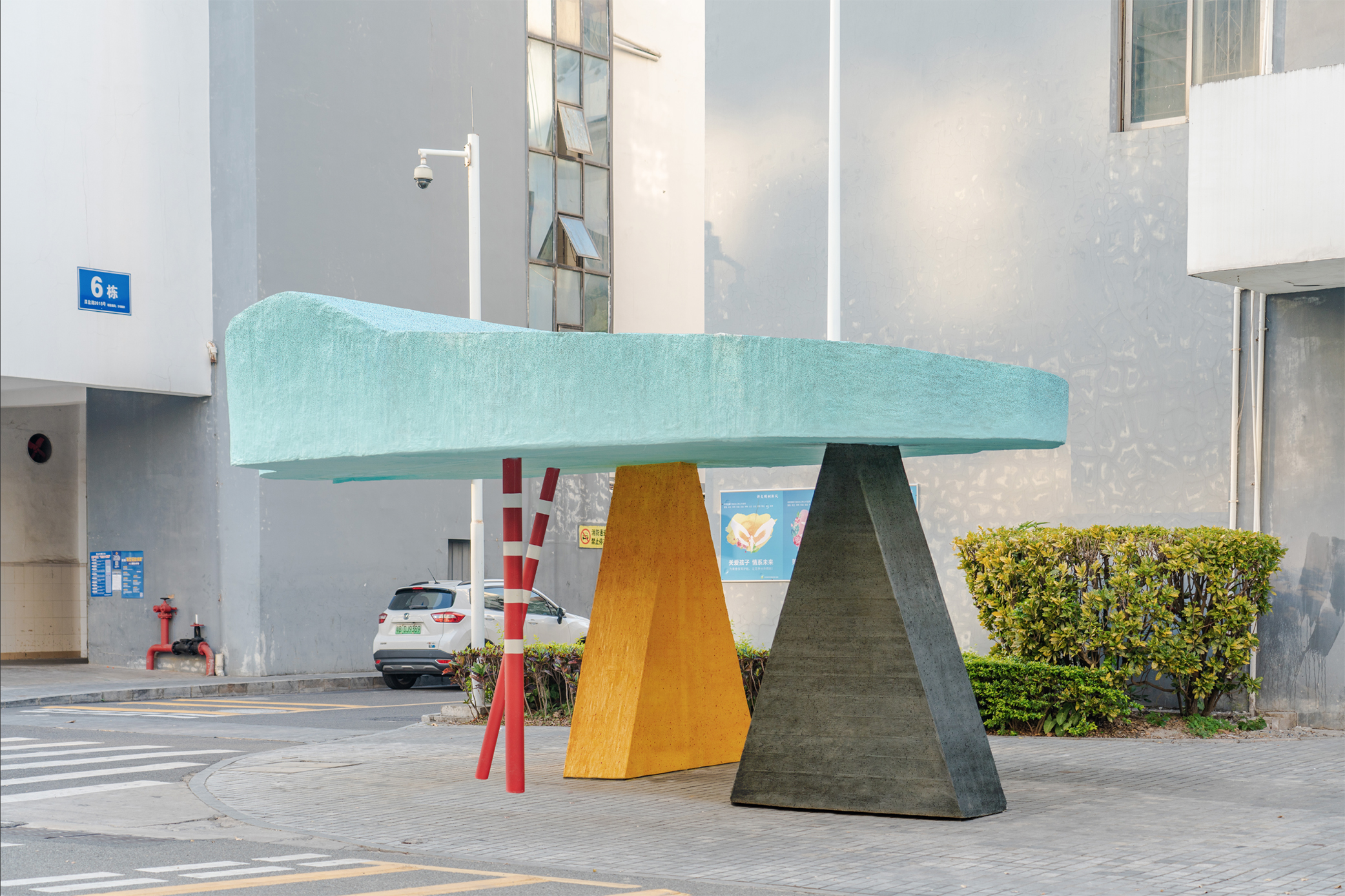 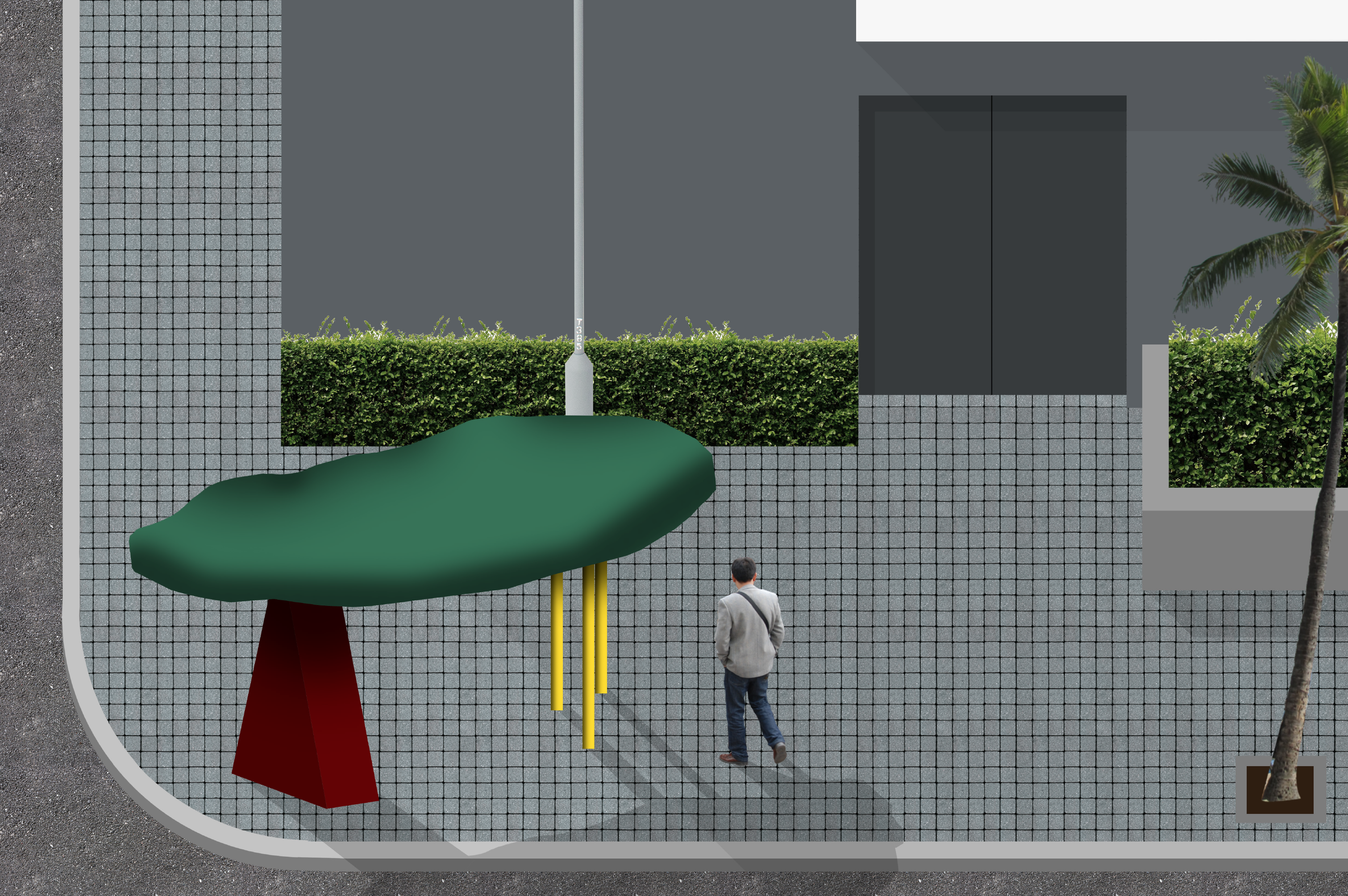 The Yantian Dolmen is part of a family of urban furniture elements for the former Yantian port district of Shenzhen. Part sculpture, part furniture, they bridge the zones of parking, planting and street to make a zone that supports more varied social use.

They mix elements of everyday municipal street furniture with more ancient forms of structure. For example in the dolmen, elements of Neolithic monument merge with everyday contemporary shelters to create a more ambiguous arrangement.

This ambiguity means that the way they might be used remains open rather than fixed.

The form of the objects promotes a more imaginative mode of occupation as if they are elements in a landscape rather than functional furniture. The way they are used by people completes them but always remains provisional, so that their role and meaning might change over time.

The relationship between the imagination of use and their physical form means these sculptural objects work as social mechanisms: Urban objects that are formed between through the interaction of form and function.