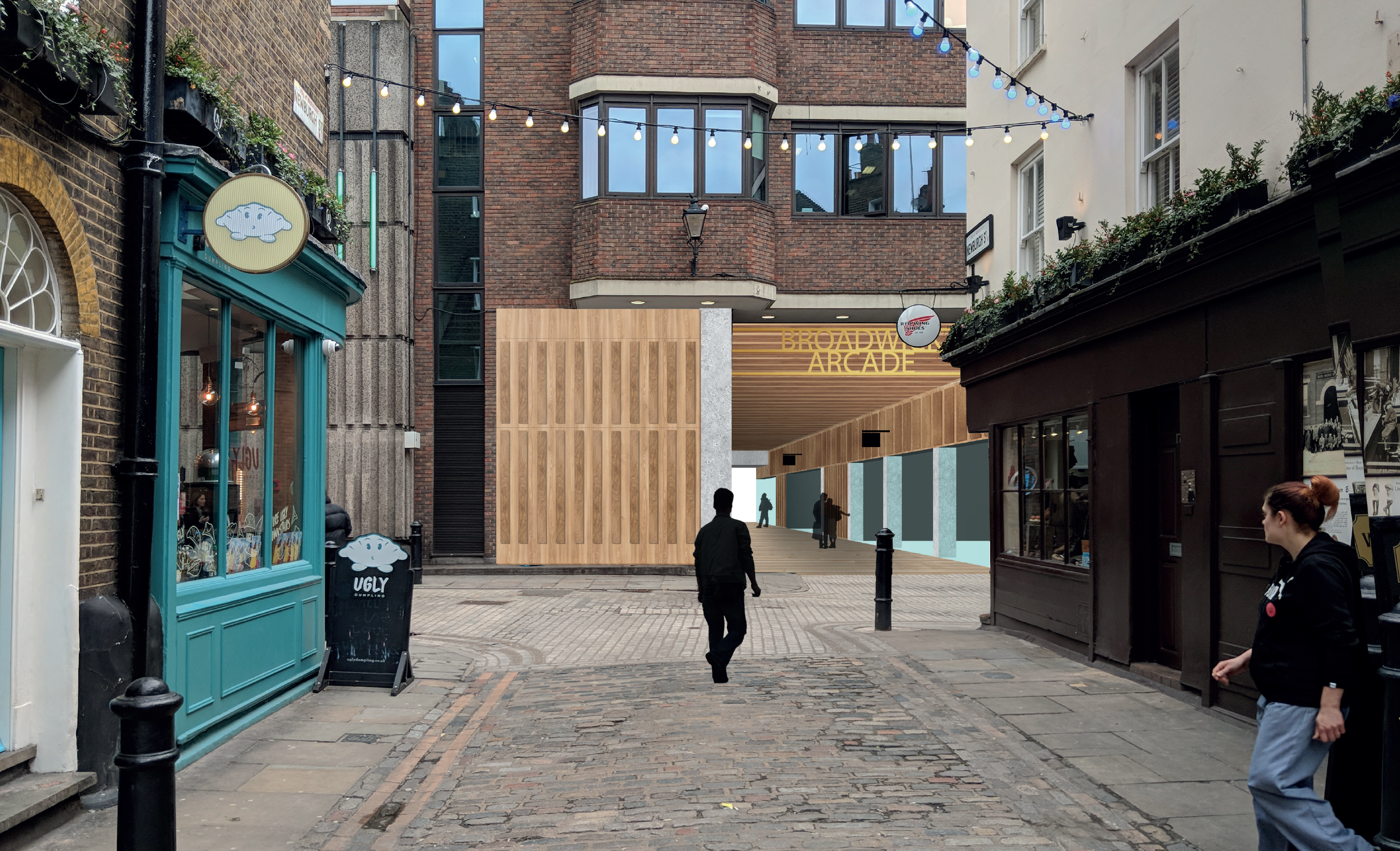 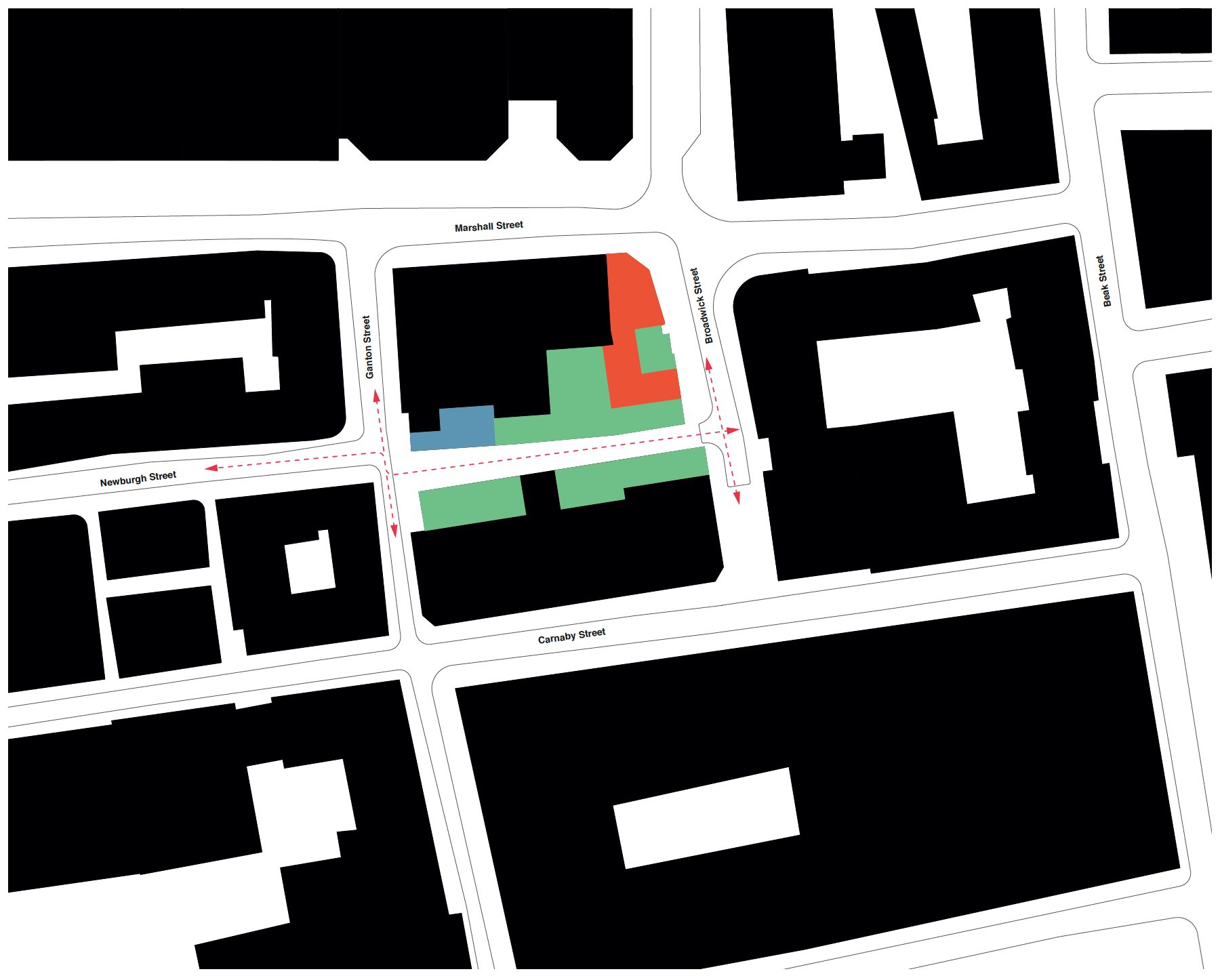 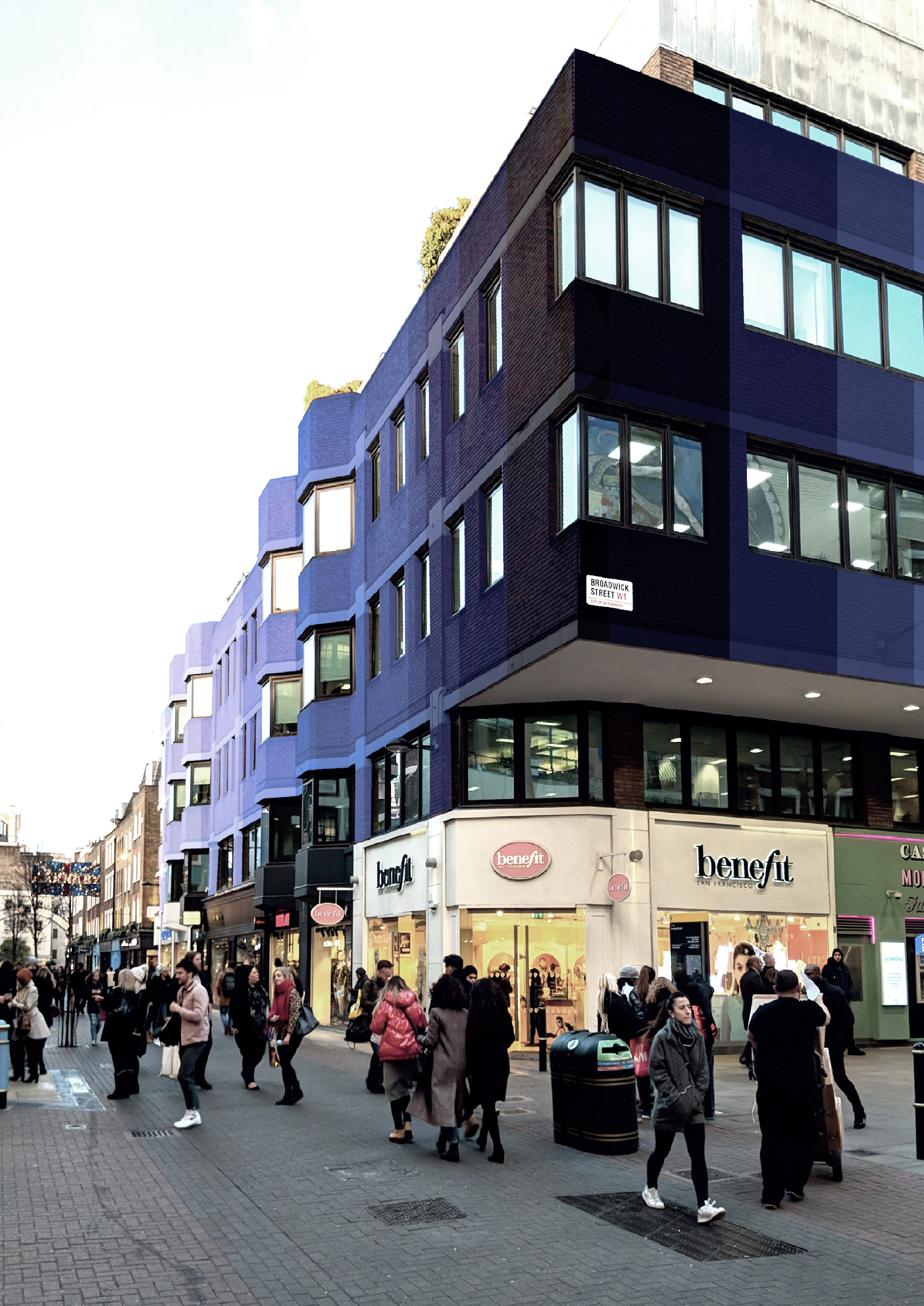 Proposal for alterations to an existing block in London’s West End.

The existing building is a whole block that sits amongst a more varied historic street pattern. The relationship between the scale of the block and that of the surrounding street pattern produces a series of blockages and dead ends.

Our proposal seeks to increase pedestrian street level permeability that improves connectivity in the wider urban plan by opening up the existing central service route through the building.

This turns the current blank termination of Newburgh street into a pedestrian connection through to Broadwick Street.

It also offers the chance to create an arcade within the Broadwick Street building, creating new entrances for the existing residential and office accommodation, as well as new retail units.

New entrances to the arcade reference the neighbouring brutalist concrete substation, remaking it in timber to produce a softer more intimate pedestrian encounter.

Proposals for facade treatment to the existing building use a horizontal banded colour spectrum that both acknowledge the large scale of the block while also varying its visual presence along the street.