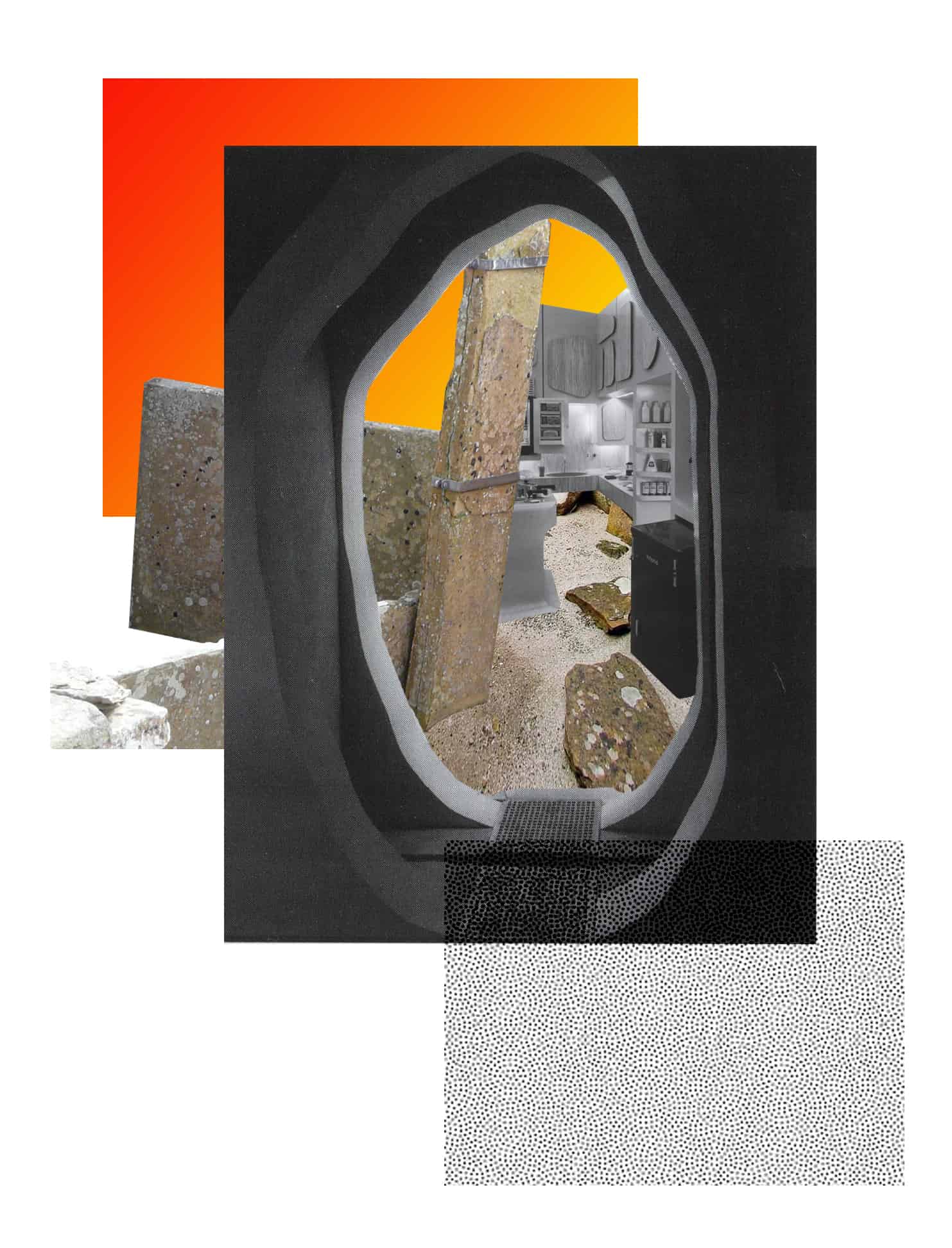 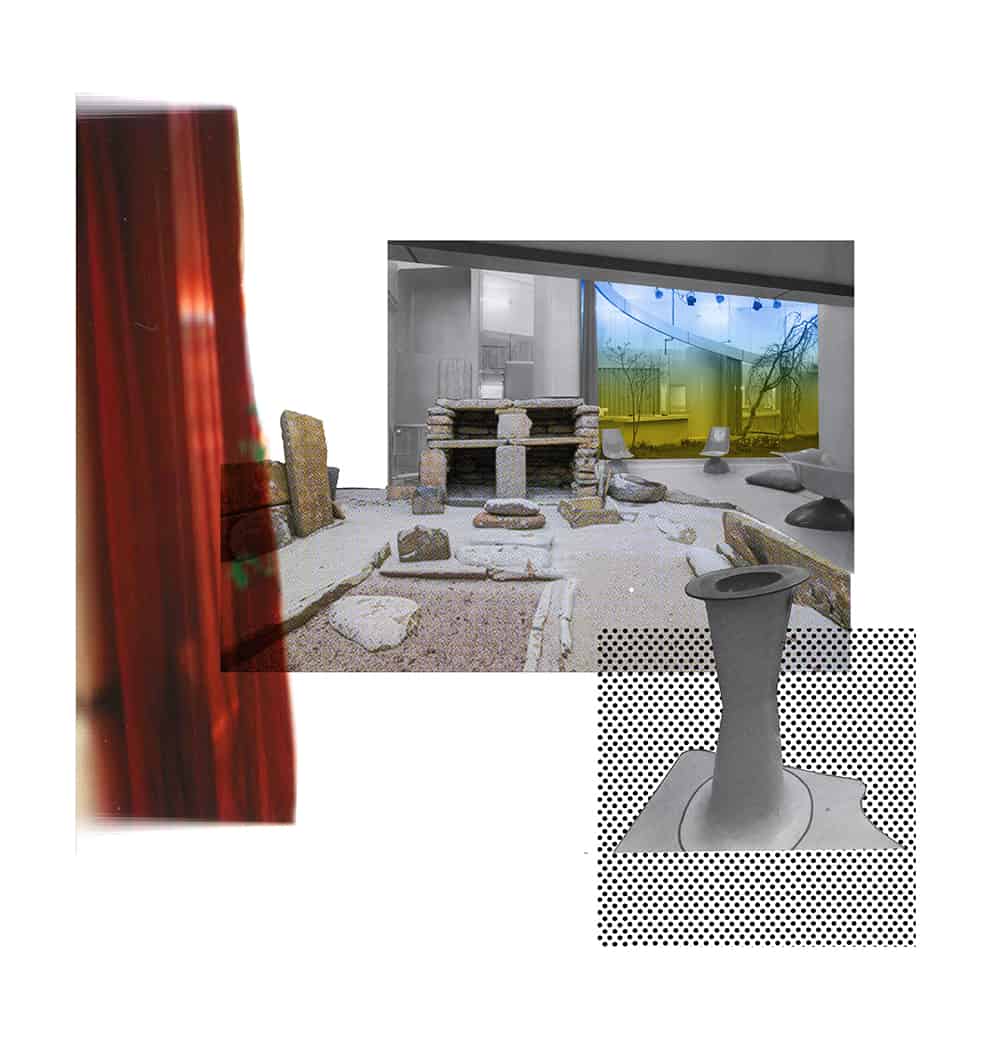 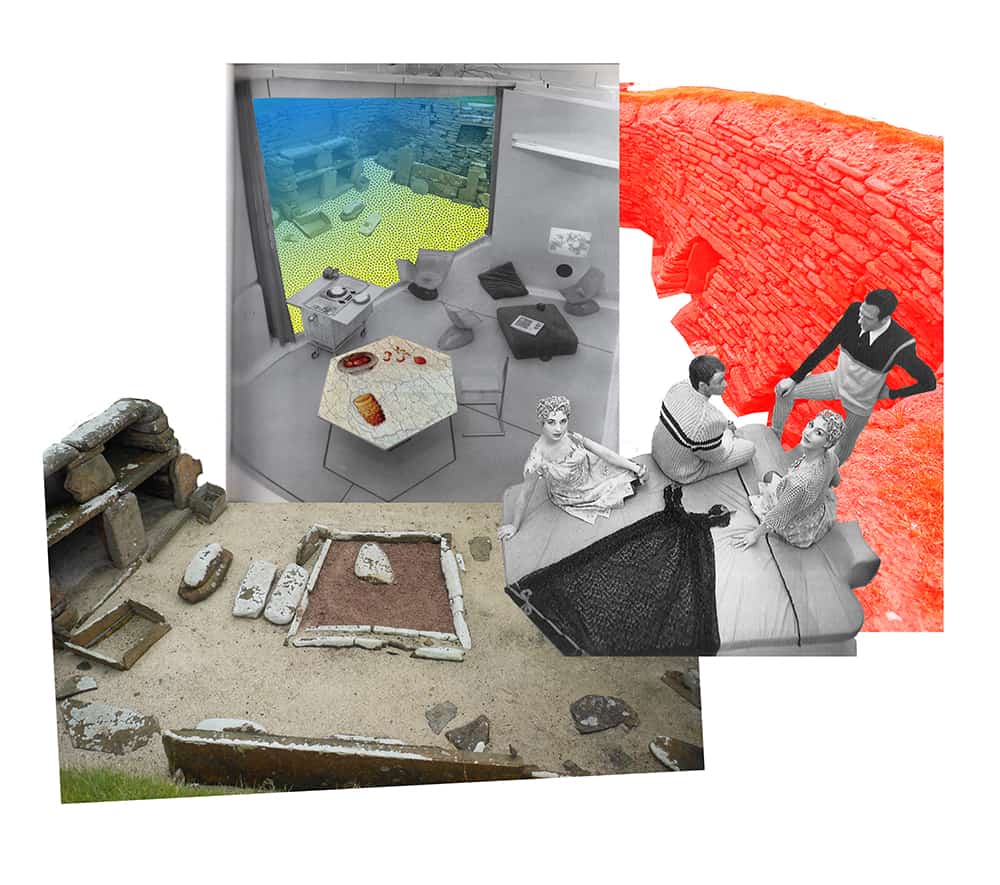 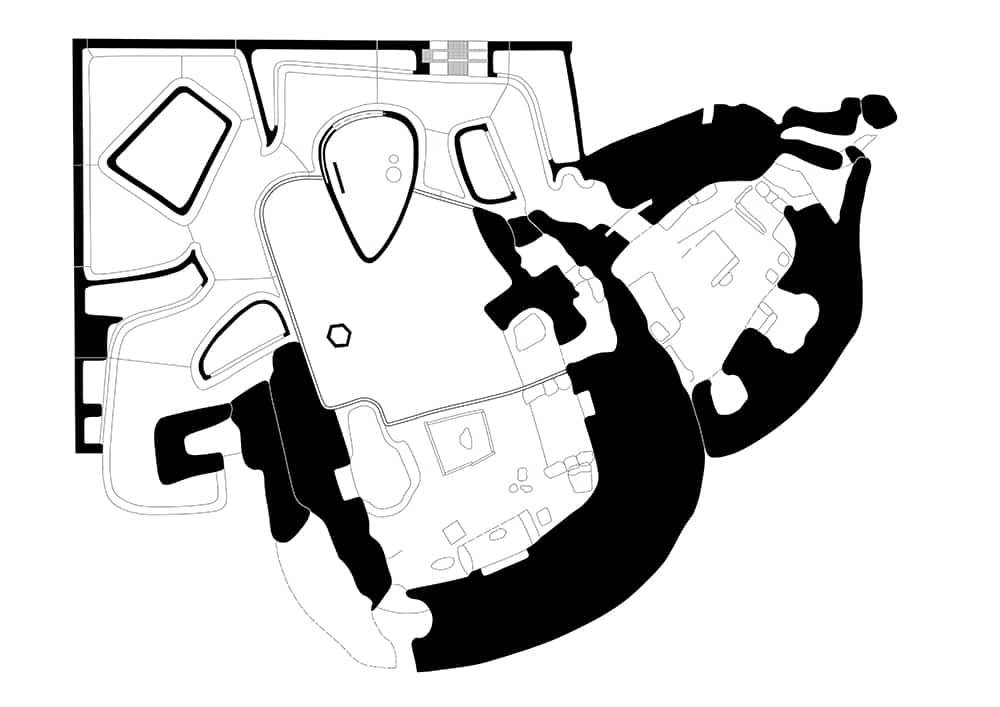 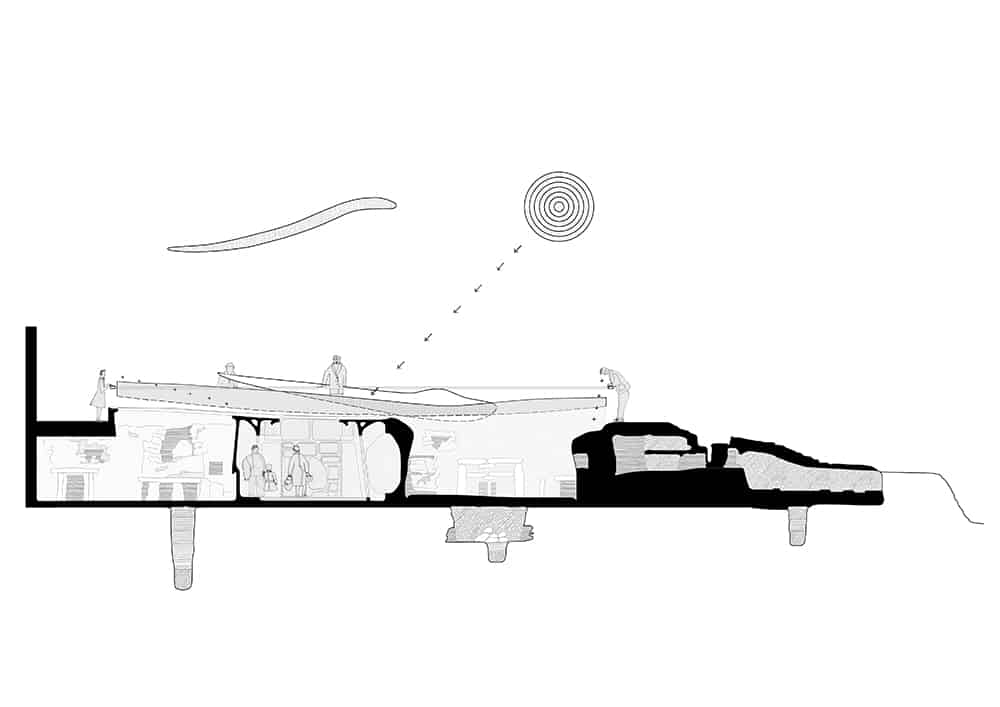 The Archaeographic House is formed through the marriage (happy or not) between two homes that bookend the history of British housing. The first is Skara Brae, a stone-built Neolithic settlement in Orkney occupied from roughly 3180 BC to about 2500 BC. The second is and the Smithson’s House of the Future, designed for the Daily Mail Ideal Home Exhibition at Olympia in 1956.

One is a structure that has survived thousands of years, the other only existed physically for less than a month, and even then only as a kind of scenography sketching out the possibility of future living in the year 1980.

At Skara Brae, the walls of the structures are still standing, and alleyways roofed with their original stone slabs and the interiors retain to the fittings of each house that allow us to imagine what life might have been like. Each house shares the same basic design – a large square room, with a central fireplace, a bed on either side and a shelved dresser on the wall opposite the doorway.

The House of the Future only exists through documentation – the design drawings for its production along with photographic record. Many of these photographs underscore the idea of this house as a theatrical performance of a possible future. Costumed actors lounge with the set, reading brushing one another hair, washing up, bathing all with the awkward poise of catalogue models. The house is arranged with amorphous blob-like spaces forming rooms arranged around an internal courtyard.

What is striking is first their obvious differences: The chronological distance from one another, that one is a product of a agrarian culture the other born of electronics and consumerism and their material oppositeness – roughness of stone walls vs. smooth plastics. Yet they also seem strikingly the same: Architecture becomes furniture, furniture becomes enclosure, rooms flow into one another so that the disposition of living seems both evenly distributed, the floors of both seem remarkably active as domestic fields.

Perhaps what they also share is an idea of fictive domesticity. One explicitly designed as a stage set for the theatrical performance of future living, the other something we can only inhabit with a retroactive imagination as a speculation on domesticity past. Both fictions play hard with our sense of reality – that other worlds have and will be possible.

From two opposing flanks – from the past and the future – they argue that what passes for contemporary domesticity is far from a fait accompli. The past and the future contain radical provocations against our own ideals for living. The Archaeographic House asks if its own form of futurist archaeology can help rediscover new domestic potentials.

The project was commissioned by Cartha Magazine

Next Project (n) A Cushion For Charlotte