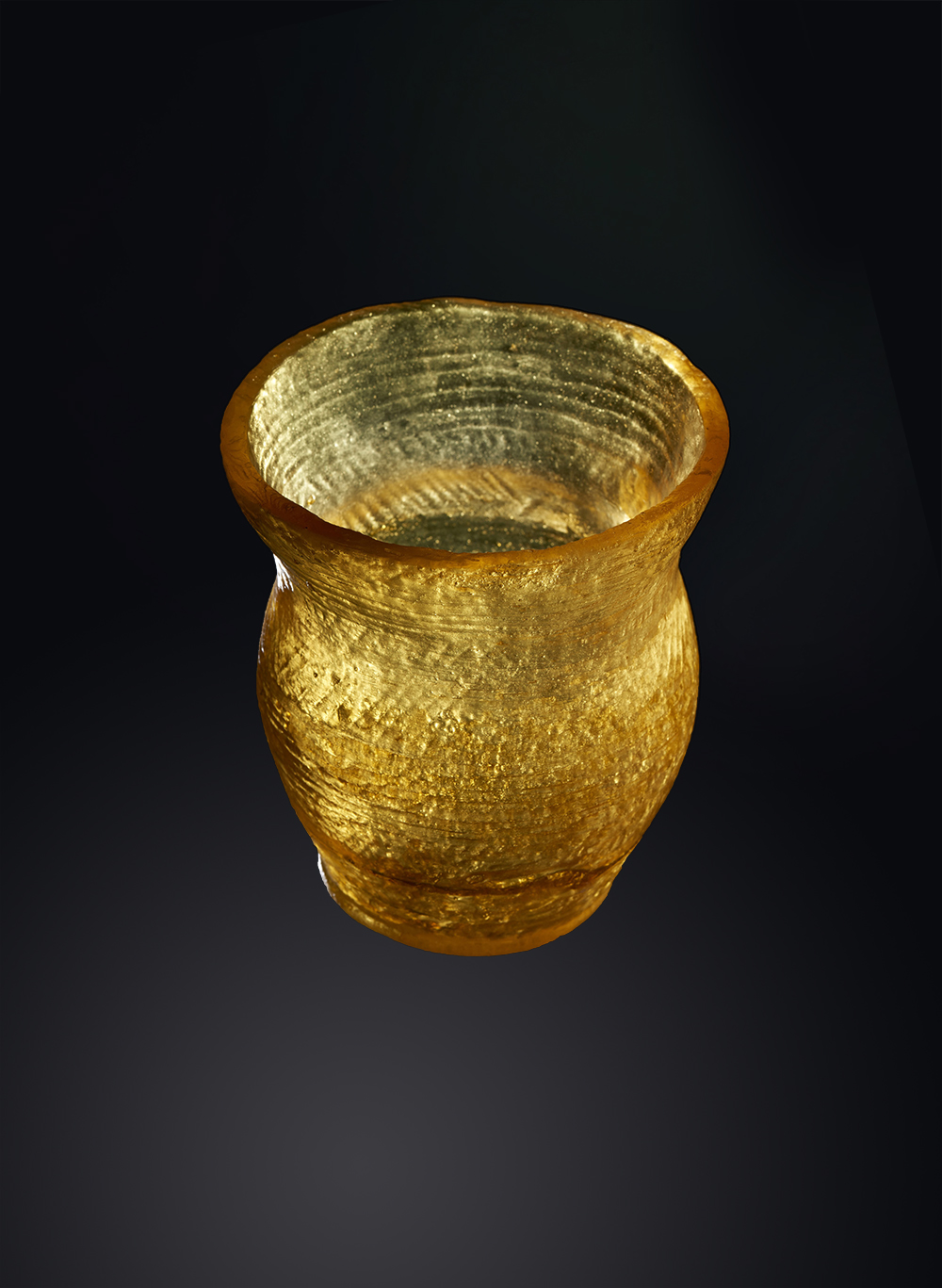 The Achavanich beaker redux is a modern remake of clay beaker found at a Middle Bronze Age burial site in the the north of Scotland alongside the skeleton of a young adult female.

The beaker – and the woman buried with it – were part of a wider European group known as the Beaker People, named after the objects most common in their archaeological record. This culture ranged across Europe, leaving beakers in their wake. Theories explaining the spread of the Beaker culture include migration, diffusion of ideas, cultural contact and object exchange. Whatever the reason, the beakers and their makers are evidence of a culture transmitted over vast distances through networks of one kind or another.

The Achavanich beaker redux uses contemporary networks of transmission, exploring how objects themselves are communicated and broadcast. A 3D scan of the original beaker, produced during archaeological investigations, was downloaded from the internet. This file was sent to a 3D modeller, who, after preparing the data, passed it on to a 3D printer. The original beaker, recorded, transformed and transmitted, has then been remade in yellow translucent resin.

This ancient vessel has been recast through contemporary technology while somehow echoing the ancient culture of object transmission.